album review: beneath the static and the low, audego 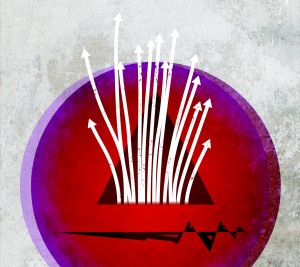 Hailing from Melbourne, Big Fella and Paso Bionic are promising in their own right, as a mesmerising vocalist and deft producer respectively. It follows naturally that their collaboration, Audego, should be a dazzling symbiosis of eerie and captivating beats. Within the first year of their alliance, the duo had already received acclaim as finalists of the 2011 International Songwriting Competition for hypnotic tune, ‘Borrowed Time’. Audego released their debut album, Abominable Galaxy, the following year, which gained glowing reviews. Following a further split release, this September saw Audego’s second album, Beneath the Static and the Low, burst onto the scene.

While the breathy crooning of Big Fella evokes the languor of iconic trip-hop acts such as Portishead, its confluence with Paso Bionic’s beats produces a sound that moves into a murkier, grittier space of sashaying glitch and ominous synths. Elegant harmonies tie it all together, simultaneously soothing and otherworldly.

Beneath the Static and the Low opens with the lullaby-esque track ‘Liar’, where a meditative pulse is shrouded in crunching static, while Big Fella’s harmonies twist and soar above in bittersweet avowal: ‘I’m not here to fight / I just want you from my life’. By contrast, ‘Sometimes I Get Low Too’ is all urgency and warning; its eccentric synths offset by ethereal vocals. ‘Neon Static’ provides a brief interlude of hiccupping samples layered atop each other, with just the right balance of spooky and catchy. ‘Hush’ returns us to those increasingly addictive harmonies, entwined around a metallic tribal rhythm, peppered with space-age warbling.

Audego slow things down in ‘Fractures’, which provides a heartbeat pulse to guide hallucinatory samples and glittering harmonies that whisper and bounce off each other. This track is made particularly memorable for its display of dexterous record scratching. ‘Sleepy’ takes us to that erratic space between wakefulness and dreams, interstellar whirring enveloping lyrics of vivid and fantastical imagery. ‘Ghost’ sets the tone for the closing tracks, where the album is at its most haunting and alluring, while ‘Bolthead’ pairs an 80s bounce with relentlessly strident sampling. ‘Fight’ is easily the height of sultriness, beaming tones ricocheting around a brooding beat. ‘From My Blue’, a semi-finalist in the 2012 International Song Writing Competition, rounds off the album with a poise that is as idiosyncratic as it is alluring.

Listen to Beneath the Static and the Low on a night-time drive or in summertime humidity – the ensuing experience is guaranteed to leave you under Audego’s spell.