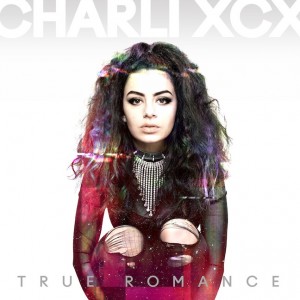 The mixture of catchy synth and Charli XCX’S distinctive voice is a match made in pop heaven. With the sweet sounds of 80s and 90s pop, her debut record True Romance puts a modern spin on a classic, almost timeless style. Charlotte Aitchison’s voice is something else. She is able to reach massive high and low notes seemingly effortlessly, adding a raw quality to her songs.

Her obsession with the 80s and 90s flow through to her dress sense, with her video clips a mix of midriffs, tartan skirts, fluro and bad sunglasses. Adding to her obsession with everything 90s, Charli XCX featured on Icona Pop’s hit, I Love It, with the unforgettable line ‘You’re from the 70s/but I’m a 90s bitch.’

True Romance is full of stories of love and loss. Although it is dark around the edges, there is a sense of optimism and playfulness.

I think the highlight of the album is the hook on Set Me Free – Feel My Pain, a chorus that is absolutely brimming with emotion. Other stand-out songs include Nuclear Sessions, You (Ha Ha Ha) and You’re the One. The airy, synthy beats are reminiscent of summer and all the fun extras that go along with it.   The strong voice mixed well with pop beats invites comparisons to La Roux and Ellie Goulding.

Charli XCX is a talented 20-year-old, carving out a definitive style for herself in a genre that often seems a little overcrowded.