album review: elisapie, there will be stars 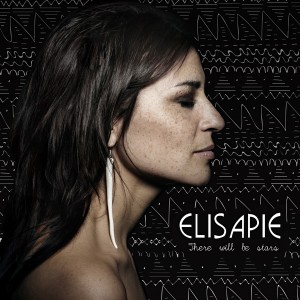 When I first heard about Elisapie’s There Will Be Stars, I will admit to being intrigued. This is Elisapie’s first solo album; not a newcomer to the music world, she has previously recorded as one half of the popular Canadian duo Taima (an Inuktitut word meaning “that’s all”).

What’s Inuktitut, you ask? That would be a group of languages native to the Canadian Inuits. Yes, lovers of the exotic out there, get excited – Elisapie is a bona fide Inuit (or, to be less Politically Correct, an Eskimo). As a fervent fan of roots and folk music (as well as of foreign languages), the prospect of some indie Inuit tunes was a welcome one to me. And indeed, the first seconds of the premier track ‘Navvaartara’, with its promising blend of E.T.-esque synth and violin crescendo – not to mention the deliciously doubled vowel in the title – seemed to suggest something different in the works. Skip to the next track, ‘Butterfly’, and you’ll find a catchy little number, that is, like the artist’s first name would suggest, sweet as the proverbial pie. ‘Turning My Back,’ is another, slightly melancholy, yet pleasantly hopeful offering, complete with bongos. Track 10, ‘Moi, Elsie’, should also be mentioned, if for no other reason than to point out how talented Elisapie really is – yes, she speaks French, too.

Unfortunately, it must be said, all this makes it sound like there’s more to There Will Be Stars than there is. Don’t get me wrong – it’s a really pleasant album, a rainy-lazy-Sunday-afternoon kind of album. In short, it’s nice. But that is also this record’s shortcoming.

While listening, there is this ever-present feeling that the next line in the song is just waiting on the tip of the tongue. When it doesn’t come, you must remind yourself that this is actually a different artist, a different album. ‘Out of Desperation’, ‘Arnaapik’, ‘Wish Song’, ‘Nothing In This World’, ‘Do You Hear Me’…I’m looking at you. It really seems as though There Will Be Stars is the world music section’s offering in reply to the latest by Dido, or Cat Power, or Madeleine Peyroux. If you’re a fan of any of these artists, or of dulcetly crooning female vocals in general, you’ll probably like this. On the other hand, you may just be disappointed that, aside from the odd song written in a language that you never knew existed, there’s nothing all that new here.

There Will Be Stars will be released on June 7 through Avalanche Productions, distributed in the USA by The MuseBox Distribution/EMI Music.

One thought on “album review: elisapie, there will be stars”