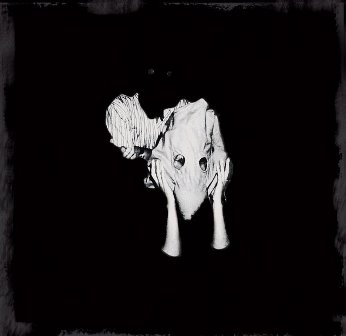 In June 2013, Sigur Rós released their seventh studio album, Kveikur. I’ll spare you the history lesson, but essentially, Sigur Rós and especially the band’s lead singer, Jónsi Birgisson, are producing some of the most creative music today. In my mind, I equate what both Sigur Rós and Jónsi in his solo career are doing as what it must have been like hear David Bowie in the 1970s. Simply put, the band is Icelandic “post-rock”, whose sound is a host of majestic, ethereal soundscapes driven by equal parts melodic arrangements built around using a cello blow across electric guitar strings instead of playing it normally and Jónsi’s falsetto vocals. The band also doesn’t usually sing in English (except for one song off their 2008 album Með suð í eyrum við spilum endalaust), instead preferring a mix Icelandic and a made up language called “hopelandic”, which is kind of like what jazz singers do when they’re “scatting”.

I used to listen to Sigur Rós a lot in high school and university because it was the best studying accompaniment – it filled the background with beautiful, melodic music, but since it was in another language it really wasn’t all that distracting. Their album Takk… was basically the soundtrack to my undergraduate thesis and I can’t imagine reading academically without “Sæglópur” or “Hoppípolla” in my headphones. Then I saw the band perform live a couple times and Jónsi perform solo once and was immediately assured that this group of musicians is some of the best our generation’s got because they’re able to capture the human connection in the music so well, despite being from a country most people never go to, not singing in a “universal” language and making music that is truly alternative to everything else that’s being recorded right now.

I was actually a little skeptical to listen to the new album because I thought it couldn’t top what I already love and I found Sigur Rós’s 2012 release Valtari to be pretty boring, except for a few songs like the bleak but beautiful “Dauðalogn” and similar title track “Valtari“. The album as a whole just wasn’t that exciting in light of their prior material, especially compared to the positive, poppy songs like “Gobbledigook” and Jónsi’s solo song “Go Do“. I didn’t want Kveikur to be more of the same of that kind of step in the opposite direction; I wanted to hear the band grow more towards uncharted territory.

And into uncharted territory they have gone. More so than any other album, Kveikur has been able to successfully balance between the ambient soundscapes against the more recent poppy elements in Sigur Rós’s sound. The first single, “Brennisteinn” as well as title track “Kveikur“, start out dark, electronic and ambient, the sound on Voltari and really everything before Takk…, but quickly burst into the more sweeping, majestic, positive, falsetto bridges and choruses that make the band’s later work so memorable. The third and fifth tracks, “Ísjaki” and “Stormur” respectively, perfectly capture everything I love about Sigur Rós: Jónsi’s vocal range and abilities are undeniable, especially highlighted against the melodic crescendo arrangements that make you feel nothing but overwhelming positivity, even though I have no idea what they’re saying. Even the weaker tracks on the album, like “Yfirbro” and the final track “Var“, are still interesting enough to keep me from skipping through.

Overall, Kveikur has captured a little bit of what the band lost after Jónsi went solo. I know I’m not alone when I say that I, for one, am glad that Sigur Rós is back and continuing to make the amazing caliber of music I’ve come to expect from only them.