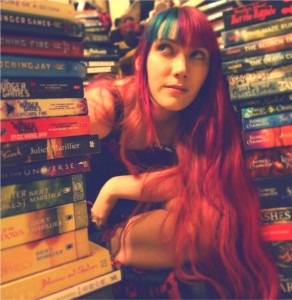 Katrina Young is a young up and coming Illustrator based in Melbourne, Australia. She has a Bachelor of Fine Arts and a Diploma of Illustration. She is still influenced by her Fine Arts background as well as strongly influenced by the multitude of books she reads, cinematography and her favourite artists.

Her artwork spans many mediums and themes, but she specializes in portraits, and has lately developed an obsession with pattern. To her surprise she has even been published!

She loves reading and collecting swords, but can’t cook to save her life. 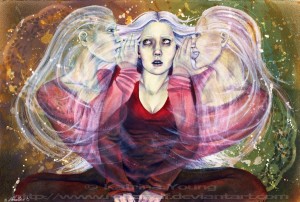 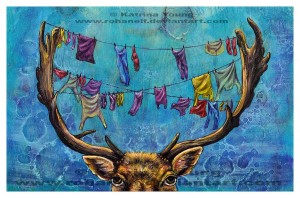 1. What mediums do you utilise for inspiration? (e.g: film, other artists, blogs, websites, magazines, novels…)
Mostly novels (I am a massive book-nerd), but also films (and film scores) and other artists.

2. Explain your style in one sentence.
Detailed whimsical artwork, usually with a strong narrative.

4. Where do you see your work going in the future? (e.g: murals, fabric patterns, etc;)
A few years ago I was experimenting with painting portraits on transparent fabric, I’ve been wanting to follow that idea for a while and will hopefully get back into it soon. I also, at some point, want to write and illustrate my own book.

5. Which artists are you influenced by the most?
Fuco Udea is my favourite at the moment. I discovered her when I was wandering around Japan in January, amazing ideas and colour. Abigail Larson’s work is also beautiful, I wish I could do linework like her! And I’ve always been influenced by John Howe’s art, since I was a little girl. 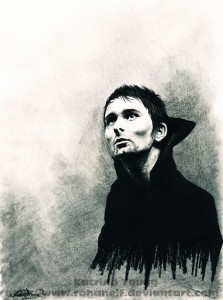