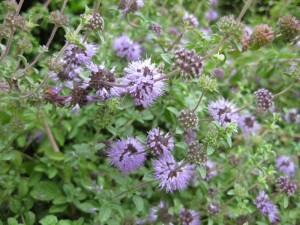 The University of Michigan is displaying an exhibition of posters by artist Heather Ault dedicated to the history of women and abortions.

The agency of reproductive and contraceptive choice extends back 4000 years, so the exhibition is named ‘4000 Years for Choice.’

Ault, an activist for reproductive rights, said that the exhibition ‘presents abortion and contraception as part of our grand human history.’ She highlights devices such as condoms and diaphragms, as well as abortive herbs. Each poster comes with a positive word, such as love, embrace and bless.

The exhibition aims to educate the public about out the vast history of abortion. Whether someone is pro-choice or pro-life, Ault believes that everybody should know about this history to better understand women’s ‘ingrained desire to control pregnancies for the good of ourselves, our relationships and our families.’

Since its launch in 2009, ‘4000 Years for Choice’ has been displayed at art galleries, conferences, universities and clinics throughout America. And obviously, it’s made a lot of pro-life believers unhappy.

Conservative College Fix blogger Vivian Hughbanks accused the display of ‘defending and glamourising abortion.’ Several of her readers agreed with her, throwing statements out there like ‘She’s Satan’s favourite kind of messenger,’ and ‘Confirming the modern Nazi is a feminist in hiding.’

But ‘4000 Years of Choice’ isn’t about defending abortion. It’s about educating the public, and showing the world that women have made their own reproductive choices for millennia. Restricting access to safe abortions won’t change that – it will only endanger women. As a Guttmacher Institute report shows: highly restrictive abortion laws aren’t associated with lower abortion rates, but with remarkably high instances of abortion-related deaths.

Risky abortions are being practiced every day. In 2008, 97 per cent of abortions performed in Africa were unsafe, leading to 49 per cent worldwide. If ‘4000 Years for Choice’ can help people to realise how serious this is, perhaps it can make a difference.

To get involved with the project, you can buy copies of the posters online, as well as other kinds of pro-choice merchandise.