50 years of ‘the feminine mystique’ 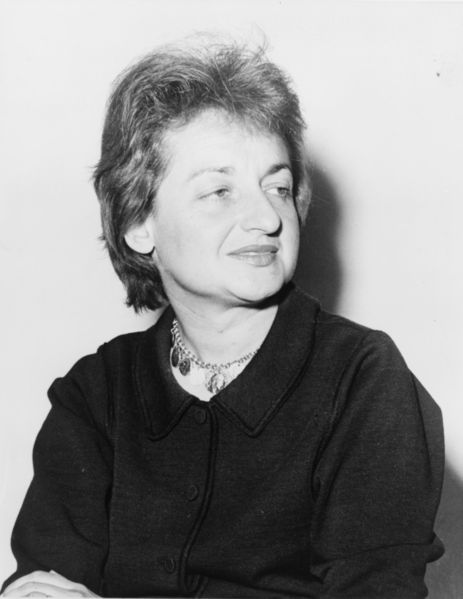 Fifty years ago, Betty Friedan explained to the world ‘the problem with no name’ in The Feminine Mystique. The problem was a general ennui and a lack of direction many women felt. These women were smart – often college educated – and capable of performing any job a man could do. Yet, they felt stuck at home. The world expected them to look after their family, clean the house and cook the meals. Generally, women felt unsatisfied. Large numbers went to psychiatrists, some were prescribed Valium, while others self-medicated with alcohol. Their inactivity ran completely against their restlessness, all to their psychological detriment.

Friedan was describing a particular historical moment for women in the twentieth century. During the Second World War, as men increasingly went abroad in the armed services, women picked up the slack in domestic industries. They did jobs which were traditionally only available to men, and they did them well. The country kept running.

When the men came back from war though, women were pushed out of their jobs. It seemed silly to employ a woman, who, as was believed typically at the time, would only really need to earn a bit of pocket money in addition to her husband’s salary to buy pretty shoes. Especially when the alternative was to employ a man who would support his whole family. Plus, now that women didn’t need to work, it was important to restrengthen the family. Throughout the 1950s, the average age of marriage gradually decreased while the average number of children increased. It was almost as though the war never happened.

Just by bringing this up, Friedan was hugely influential. Indeed, The Feminine Mystique is often cited as the reason for 1960s second-wave feminism. Yet, unlike say, Germaine Greer’s The Female Eunuch, which still today is quite radical indeed, Friedan suggested that solutions to ‘the problem with no name’ could be found in the context of the traditional home. She suggested that women could simply get jobs, or instead they could volunteer out in the community, go back to studies, or even teach themselves new skills. Essentially, the solution was that women should occupy themselves, not that they necessarily should dismantle social structures. It is the occupation of one’s time through work outside of motherhood, suggests Friedan, where one gains self-actualisation and the malaise disappears.

Reading The Feminine Mystique today, it is a dated book. This is a terrific sign that feminism has achieved something over the past 50 years, namely the integration of women into facets of life outside the home. It’s a sign that Friedan’s vision is coming to life.

Yet, one gets the impression that Friedan was writing for a very particular, probably white, upper-middle class woman. She forgets that while huge numbers of college-educated women had no work outside the home after World War Two, plenty of poorer and minority women did work out of economic necessity. Friedan, for instance, talks about the extent of malaise many women experienced. At times, this malaise was so huge that many women employed “help” such as a nanny or housekeeper even though they weren’t exactly short on time and could probably do such tasks themselves. Friedan ignores the fact that almost invariably, the “help” were women themselves, often with their own children to take care of on top of her paid work. The erasure of diverse voices in various junctures of the feminist movement has been a consistent problem historically, Friedan continues in this unfortunate tradition.

Nonetheless, this week is a good one to revisit a classic feminist text which provided a great deal of momentum for the subsequent lunge of women towards public life. It may not be all things to all people, but it was a tremendous start.

One thought on “50 years of ‘the feminine mystique’”