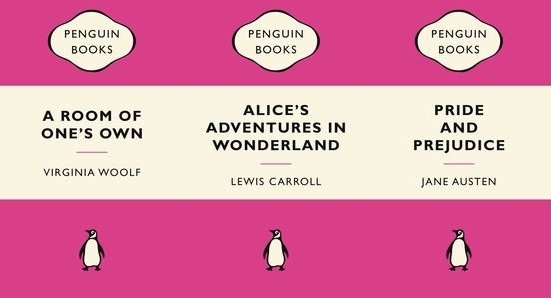 It’s all too easy to dismiss the launch as yet another marketing ploy aimed at the stereotype of young women. The hot pink cover will be off-putting to some who reject the conflation of “women” with “pink”. On closer inspection, the partnership between Penguin and the McGrath foundation is a significant step in the campaign for breast awareness. These books will not be ignored. And whether or not you like pink or its association with stereotypical femininity, you notice them.

The McGrath Foundation was co-founded by Jane and Glenn McGrath. Jane was only 31 when first diagnosed with breast cancer, and she felt that the difference made by the support of a dedicated nurse was astounding.

She passed away in 2008 but the Foundation lives on, aided by the high profile of her husband and their various supporters.

One breast cancer survivor, Barbara, said that Breast care nurses play an important role, not just in care-giving, but also as resource providers, as doctors are often unavailable for the little worries.

The McGrath Foundation website gives women of all ages information on how to be breast aware. They particularly target a young audience, with the section on ‘curve lurve’. Women are encouraged to start checking their breasts and being breast aware in their early twenties. Breast cancer is a disease that currently affects one in eight Australian women of all ages and backgrounds.

Tips for becoming breast aware include simply getting to know the look and feel of your breasts. This will help you determine if anything is different about them. You can check them in the shower, standing up, or lying down. The McGrath Foundation suggests to ‘look at the shape and appearance of your breasts and nipples in the mirror with your hands by your sides. Raise your arms above your head and look for a change in the shape of your breasts, and feel for lumps in your nipple area and in the armpit. Feel the breast tissue, from the collarbone to below the bra-line, and under the armpit.’ This will help you familiarise yourself with your body. Breast awareness is a priority of the McGrath Foundation, and hopefully readers of all ages are taking the time to learn more about it as the Pink Popular Penguins gain visibility.

The books have certainly been popular. Less than a week from the launch date, Penguin announced that the limited editions have gone into reprint.

‘To think the Pink Popular Penguins have only been on sale for a short period and some have been so popular they are being reprinted already is truly incredible,’ said Tracy Bevan, McGrath Foundation Ambassador and Director.

‘We’re so grateful to all the happy readers of Pink Popular Penguins and our good friends at Penguin Group (Australia) for their support.? It goes to show that not only do people love to read a classic but they like to make a difference at the same time’.

The range of titles on offer within the limited edition set is quite diverse, suggesting a deliberate effort to reach beyond a stereotypical “female” reader.

Iconic female authors Jane Austen, Emily Bronte and Charlotte Bronte are represented in the selection. Virginia Woolf’s feminist classic A Room of One’s Own is also available. Anais Nin’s saucy A Spy in the House of Love will surely entertain as well as help out the cause. Chick-lit is represented by some Monica McInerney, while Madam Bovary, Breakfast at Tiffany’s and Perfume provide tragedy, quirk, and horror respectively. Perhaps in anticipation of the Baz Luhrmann film, F. Scott Fitzgerald’s The Great Gatsby is among the hot-pink selection. Love in a Cold Climate and Alice’s Adventures in Wonderland round out the set.

The books are available at bookstores and selected Australia Post outlets. Check them out, even if pink really isn’t your colour. For $10 you get a good read, and help out women around Australia at the same time.