in brief: fashion editors want us to stop talking about the models and talk about the clothes 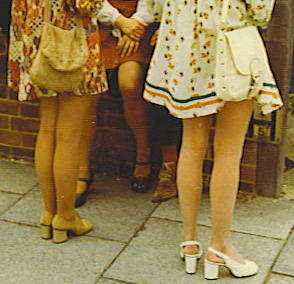 Some of the most influential people of Australian Fashion Week think we should stop talking about the models, and talk about the clothes.

While we’ve all been shocked at Alex Perry’s choice to book dangerously underweight model, Cassi Van Den Dungen, it seems we should be talking about how fabulous Australian clothing is instead.

Unfortunately, it’s a bit hard to focus on sequins, skirts and midriffs when confronted with models so brittle, they look like they should be lying in a hospital bed with a drip. But according to Harper’s Bazaar editor Kellie Hush, it’s a disappointment that the media are ‘fixating on body image not couture.’

‘Maybe we just think our clothes aren’t interesting enough to talk about on their own and if that’s the case that’s really sad because we do produce some really, really exciting stuff in this country. It’d be nice to see other magazines treat different body sizes with a similar relaxed attitude – and until they do, it’s probably not helpful to be whipping up publicity storms at Fashion Week, that detract from the beautiful clothes being made in this country.’

Suggesting that the problem lies in the clothing not being ‘interesting enough,’ implies that there is no real issue here at all. For the media to stop fixating on body image, designers are going to have to quit normalising anorexia and unhealthy standards.