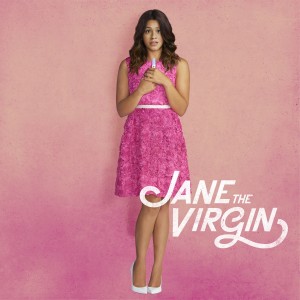 This is the first instalment of binge, Cin Peeler’s new film and tv column for Lip. Check back regularly for reviews of the best feminist flicks, underrated tv shows, and hidden gems available to binge-watch at your leisure.

Trying to convince my friends to watch a new TV show is like getting small children to eat funny looking food. I tell them they’re going to really like it, but it doesn’t look like the fish fingers they love so much, so even if they take a bite, they’re convinced it’s horrible. It’s only years later, usually after having forgotten about the initial incident, that they come back and say they just LOVE mushrooms or Orange is the New Black. I try saying I told you so, but it falls flat, because they don’t remember that I told them about it back when season one was out. I think my metaphor may have become confused, but what I’m saying is, I’m here with this column to make a record of the TV shows and movies that I think my friends, and I guess everyone, should be watching.

I’m starting with Jane the Virgin, because its second season was just released on Australian Netflix, and my friend asked me if I had watched it. Have I watched it? I carved out 40 minutes every week during my last semester of uni to watch this show. I have strong feelings about both Michael (Brett Dier) and Rafael (Justin Baldoni). I watched Jane so much that I understood Spanish when I was overseas earlier this year. And by understood Spanish, I mean I knew what abuela meant, but still.

Jane the Virgin starts when Jane (Gina Rodriguez), a virgin, is accidentally artificially inseminated and becomes pregnant. It’s this kind of over the top and unbelievable drama that defines the show. Not only is Jane accidentally artificially inseminated, but her baby daddy, Rafael, is mega rich, owns the hotel that Jane works at and kissed her once five years ago. He also recently had cancer and this is his only chance at a child. Did I mention that the show has a crime ring investigation woven in throughout, led by Jane’s fiancé, Michael, which leads to several character deaths and multiple major plot twists? There’s a lot going on. The show takes its cues from the telenovelas that Jane loves so much, and uses parts of the popular genre in a tongue-in-cheek way.

It never feels hollow though. Throughout kidnappings and unexpected pregnancies, the show always runs the risk of letting it get too silly, but never falls into that territory. If the show ran with these crazy storylines and then didn’t follow through with the emotional turmoil that these events create, I don’t think Jane the Virgin would be as beloved as it is. The characters never get over trauma in half an episode. The writers ensure that the characters deal with the trauma, whether that’s the death of another character, the birth of a child or a kidnapping, over a period of time that feels appropriate. Without this real emotional impact, the unbelievable events of the show would start to cheapen the characters and make them feel less real.

Jane’s relationships with the other characters, especially her mother and her abuela, are what drive the show. The closeness of her family, the Villanueva women as they’re called, is a source of strength for Jane. The men in their lives must fit into their tight family unit. Growing up without a father, Jane initially prioritises the nuclear family and what that looks like for her child, despite his unusual conception. As the series progresses, she learns more about herself, what it means to be a mother and what family means to her, and her priorities change. What stays important to her, however, is her family, even as it changes to include her father, his parents, and Jane’s own child.

The show also has some political messages. You might think they would be about abortion given the unexpected pregnancy storylines, but in fact, are about immigration reform. Jane’s abuela, Alba (Ivonne Coll), is from Venezuela, and never got a green card. The show goes out of its way to call her undocumented, rather than an “illegal immigrant”. Subplots show how hard it is for Alba to apply for a green card, and the fears she has about living as an undocumented citizen in the US. They also show why she moved with her husband, Mateo, before Jane’s mother was born and why she made the many sacrifices that she did to come to the US. I’m sure they couldn’t have timed it any better with the way the US election has turned out.

I love Jane the Virgin for a multitude of reasons. I love the over the top storylines. I love all the characters, who feel so fleshed out and necessary to the show, even evil ones like Petra’s mother Magda (Priscilla Barnes). But mostly I love the show for Jane herself. Jane the writer and Jane the mother and Jane the friend and Jane the daughter and Jane the woman. She’s a character I will remember as one of my all time favourites, because I watch the show and feel like I could be watching one of my friends or myself. The show is called ‘Jane the Virgin’, but she is never defined by the choices in her sex life or by her boyfriends. She’s defined by the things that actually define women, like her friends and her choice to be a writer and her family. She’s studious and she gets angry and she makes mistakes and she forgives people for stuffing up. That’s what makes her Jane and it’s why I love her and the show so much.

Jane the Virgin Seasons One and Two are on Netflix now. Season Three starts in the US October 17. Keep an eye out for the next instalment of binge, coming soon.