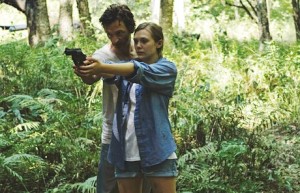 Sean Durkin won the Dramatic Directing Award at the 2011 Sundance Film Festival for Martha Marcy May Marlene – an intense psychological drama about a young girl named Martha (Elizabeth Olsen) who has just escaped from a repressive and dangerous cult helmed by the manipulative (and creepy) Patrick (John Hawkes). After disappearing for two years, Martha seeks refuge with her recently married well-off sister Lucy (Sarah Paulson), in their holiday home in the mountains.

During this time, Martha demonstrates some bizarre habits and it becomes unclear as to whether or not she is suffering from delusions and paranoia. Told through a fragmented structure that jumps between the present and the past (which examines Martha’s dark times with the cult) the film culminates in an ambiguous ending. This is a well-crafted, beautifully shot film, that is pulled together by Elizabeth Olsen’s commendable performance – who would have known that the other Olsen sister would be such a star? 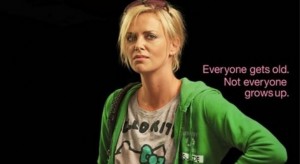 Young Adult is a quirky dark comedy about a divorced thirty-something year old fiction writer named Mavis (Charlize Theron). It’s made immediately clear from that Mavis is suffering from a form of depression – she begins her morning ritual by gulping down a bottle of Diet Coke as she throws her dog Dolce some food and then spends most of the day indulging in trashy reality TV before heading out to a bar. Her popular young adult series is soon to be cancelled and on top of this, she learns that her high school sweetheart Buddy (Patrick Wilson) has just had his first baby with his new wife.

After staring obsessively at the invitation to their baby shower, Mavis packs her bags and heads back to her small home town in Minnesota, with a plan to win back the love of her life. Various mis-haps ensue as the film unfolds and Mavis also manages to find a kindred spirit in Matt (Patton Oswald) who has also had a tough time in life.

Charlize Theron’s performance is memorable and the film perfectly captures the essence of prolonged adolescence. This is more of a feel-bad film, but it’s definitely worth a watch if you enjoy director Jason Reitman’s dry sense of humour – found in his acclaimed previous works Juno, Thank you For Smoking and Up in the Air.