film review: the face of birth 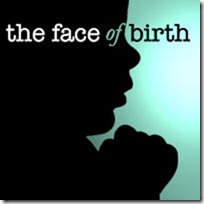 At the heart of the Face Of Birth documentary is a question. That is – do women have a right to choose where and how they will give birth? It is a hot button issue, yet one where other developed nations have deemed that a one-size-fits-all approach does not work.

This Australian documentary plays like a labour of love by directors Kate Gorman and Gavin Banks. It reveals how the Australian Government pushed through reforms in September 2009 making homebirths illegal. After lobbying and protests a temporary reprieve was granted but this is due to expire in 2013.

The film strives to explore women’s options for giving birth in Australia. But in light of the current circumstances the emphasis is on homebirth as an alternative for low-risk women and babies. The talking head interviews include: anthropologists, birth educators, midwives, academics, presidents of obstetric groups, lobbyists and women who have successfully delivered via homebirth.

There is some discussion from mothers who had hospital births but with the exception of political journalist, Emma Macdonald  – who speaks favourably about her two caesarians – the mainstream, medical system is generally spoken about in an unfavourable light. At times you may be left thinking that it would have been helpful to hear the counterarguments from those championing the current system but the filmmakers may have adopted this narrower approach because of the more implicit societal acceptance for the current state of things.

Midwifery scholar, Hannah Dahlen offers some particularly enlightening arguments and information. She forces us to question that child and mother mortality rates are not the only important statistic and measure of good practice. As it currently stands, Australian women are having double the prescribed level of caesarians by the World Health Organisation. There are also statistics showing a higher incidence of mental illnesses like post-natal depression and post-traumatic stress disorder among new mothers, with a number of particularly distressed ones turning to suicide as a means to combat their feelings of helplessness.

Another difficult segment to watch in this documentary is about the plight of our indigenous women. Their view on birthing is that it is sacred and should be done “on country” among their people. Yet the Northern Territory Government has ruled that at 36 weeks a mother should be flown unaccompanied from her home in the outback to the city. There she is put in a hostel for a month and will return shortly after giving birth. Yet, Lena Pula a traditional midwife reveals that despite decades of delivery experience, she has never had a breach birth.

But the film isn’t all about sadness. Actress Noni Hazlehurst had two homebirths and is an articulate and warm interviewee. She leads a raft of mothers telling powerful and beautiful homebirth stories or ones that are a million miles away from the horror stories you typically hear secondhand from family and friends. The underlying message from these mothers seems to be to open people’s minds to the options; that it isn’t just a bunch of hippies with incense and to remind women that birth is a natural process that has been performed for thousands of years.

The World Health Organisation recommends that birth should take place where a woman feels safe, where appropriate care is feasible and secure and where she can be close to her people. In other Western countries like the UK and New Zealand their approach is a more progressive one with independent, publicly funded midwives and homebirths available as well as birthing centres and hospitals. But Australia has some way to come on this issue because the personal has gotten political and everyone has an opinion.

The Face Of Birth is not perfect but it is an informative documentary that will get people talking about this important issue. At times it poses more questions then answers but the prevailing message for everyone should be that there will be advantages and disadvantages or risks associated with any birth, because while it is a miracle it can be an unpredictable one. It also seems that the answer is not going to be found in a specific instruction but in women being informed and supported so that they can make their own educated choice, because birth ultimately has impacts that extend beyond the delivery room.

3 thoughts on “film review: the face of birth”