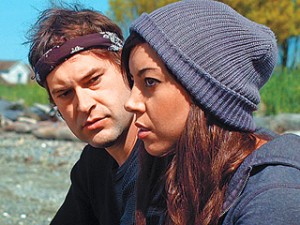 The 59th Sydney Film Festival wrapped up on Sunday night 17th of June, with an Awards ceremony at the State Theatre. The Greek drama Alps, directed by Yorgos Lanthimos was awarded the $60,000 cash prize for winning the Official Competition.  The Dendy Award for Best Live Action Short went to Yardbird, directed by Michael Spiccia, and the Yoram Gross Animation Award went to The Maker, written and directed by Christopher Kezelos.

Even though the Festival may be over, here are a few stand-out feature films and documentaries to keep your eyes out for in the future.

Killing Anna: Winner of the Foxtel Documentary Prize, Killing Anna tells the story of Paul – a young filmmaker living in Brooklyn, who is trying to come to terms with a recent break up. In an unusual turn, Paul attempts to deal with this loss by holding a memorial service for his ex. In his mind, if Anna is metaphorically ‘dead’, it will help him move on with his life. Although the film is only 30 minutes long, it successfully paints a painfully real and gritty depiction of the effects of a break-up from the male perspective. This time, we are not seeing a female “wallowing” about her supposed inadequacies – we see a young man sharing his tortured feelings (and tears) with the audience. While the production values are lacking, Killing Anna is a brutally honest and intimate story.

Side By Side: Hollywood superstar Keanu Reeves presents and co-produces Side By Side, a well-crafted documentary that chronicles the transition from celluloid film to digital. Providing a brief history of the technological developments over the years, the film looks at the introduction of the first SD digital cameras from Sony, and the current HD cameras from Arriflex and Red. It also examines the changes in post-production such as CGI, Avid, the Digital Intermediate and DCP projection. With interviews from figures such as James Cameron, David Lynch, Christopher Nolan, George Lucas, Lars Von Trier, Robert Rodgriguez and many other industry professionals, Side By Side manages to showcase the differing viewpoints on the matter, but ultimately suggests that digital killed the celluloid star. Watch Side by Side if you’re a lover of film, or want to learn more about the developments of digital imagery in cinema.

Killer Joe:  From acclaimed director William Friedkin (The Exorcist), Killer Joe is bound by some genuinely shocking moments, but boasts an undeniable dark humour at its heart. With a stellar cast including Matthew McConaughey in the titular role, the film follows a degenerate Texan family who hire a corrupt cop-turned hitman (McConaughey) for an insurance scam. The plan is devised by the rough (but kind-hearted) 22 year old Chris (Emile Hirsch), who is desperate to pay off some drug dealers, and uses his severely naive sister Dottie, (Juno Temple) as a bargaining tool. Chris’ slightly dim-witted father Ansel, is played with ease by Thomas Haden Church, and a scene involving his new trashy wife (Gina Gershon), may turn you off KFC for a while. The film is certainly a ‘killer’ of a ride.

Safety Not Guaranteed: Screened as the closing film of the Festival, Safety Not Guaranteed is a quirky oddball – independent filmmaking at its best.  Aubrey Plaza (Parks and Rec) takes on her first leading role as Darius,  a self-proclaimed misfit who is completing an internship at a Seattle-based magazine. When Jeff (Jake M Johnson) pitches an idea for a bizarre story about a man named Kenneth who has released a classified ad seeking a ‘time-travelling’ partner, Darius jumps at the opportunity to get out of town. Along with her fellow intern Aranu, these three overly cynical characters set out to investigate, but when Darius is left to take the reins on the story, she begins to form a special relationship with Kenneth.  With brilliant performances all around, the film left audiences laughing and applauding in the State Theatre.