mirror, mirror on the wall, who can make the most modern remake of all? 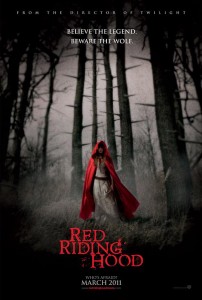 Fairytales are no longer bedtime story fodder. Although they have long been told for both entertainment purposes and as cautionary tales for children decade after decade, in recent years there has been a Hollywood renaissance in revamping fairytales for a more modern audience.

So far, we have seen retellings of Beauty and the Beast (Beastly), Rapunzel (Tangled), Cinderella (A Cinderella Story), other fairytale-related films such as Alice in Wonderland, Hoodwinked, Happily N’Ever After, Ever After, the Shrek series, Peter Pan, countless other Disney films you can remember from your childhood, and more recently Red Riding Hood. There is even a new version of Jack and the Beanstalk that was released only last year, aimed at a tween audience.

And there are still others waiting in line for their very own contemporary remake. Coming soon to the big screen are two different versions of Snow White with  Snow White and the Huntsman rumoured to star Twilight’s Kristen Stewart in the titular role and The Brothers Grimm: Snow White. Filming has now also commenced on Hansel and Gretel: Witch Hunters, set 15 years after their capture by the evil witch in her house made of gingerbread where they later escaped, with the brother/sister duo now ready to bring justice against the evil old hag. There will also be two different revivals of Sleeping Beauty soon to come: one a Hollywood adaptation reported to be star True Grit’s Hailee Steinfeld and an Australian-made indie version of Sleeping Beauty, starring Sucker Punch’s Emily Browning as a prostitute in an erotic retelling of the famed fairytale.

Um… not one for the whole family, then?

As with Snow White, Alice, Cinderella and Red Riding Hood in particular, these tales have been adapted to suit a more ‘young and hip’ audience now with ‘edgier’ storylines, even if it means, to some, diluting the significant themes and messages presented in these age-old tales: Cinderella is now lusting after the hottest guy in school, Hansel and Gretel are getting revenge, Red Riding Hood is caught up in a forbidden love affair with a brooding young man while arranged to be married to another, Snow White is partners in crime with the huntsman and apparently Sleeping Beauty is a prostitute!

So what other fairytales are possibly left to create into movie versions? I decided to have a little fun with the concept and have devised a few of my own ideas in the hope that one day I will be seeing them on the big screen (and earn some royalties in the process, so: © Bianca Bozzi):

The Fairytale: The Pied Piper of Hamelin

The Hollywood Remake: Exterminator by day, rock god by night, Maverick Piper is hired to root out a mass rat infestation in the dark, mean streets of Hamelin City. When all traditional means of exterminating the vermin fail to work, Maverick instead turns to a rather unorthodox method: using The Power of Rock™ to chase the rats out of town, shredding his guitar (like Hendrix…if he killed rats for a living).

A city rejoices as Maverick is hailed a hero, but before long, success as a rock star exterminator begins to play out like an episode of Behind the Music as it all soon goes to Maverick’s head. His songs begin to take on a life of their own as subliminal messages deep within the rhythm start enticing the youth of Hamelin City into following his deadly siren song. A wave of deadly teenage rebellion not unlike that of the advent of rock ‘n’ roll in the 50s and 60s and the birth of the ‘teenager’ occurs as frightened parents struggle to hold on to their children and soon unite together to break the curse.

The Fairytale: The Boy Who Cried Wolf

The Hollywood Remake: The old fairytale gets an upgrade into the new technological age with notorious blogger Jimmy ‘The Wolf’ Smith, who enjoys spreading a rumour or two at school and doesn’t let the truth get in the way of a good story. However, when he accidentally witnessese something damning and indeed scandalous, ‘The Wolf’ immediately blogs the news… Except no one is interested anymore in reading and has had enough of his bullshit. How will Jimmy convince the masses that the truth really is worth reporting instead?

The Fairytale: Goldilocks and the Three Bears

The Hollywood Remake: Blonde teen-from-the-wrong-side-of-the-tracks Sarah ‘Goldy’ Golding flees from the suffocating confines of the toughest military school in the country, Disillusioned Youth Academy for Rebellious Girls. Needing somewhere to bunker down, Goldy breaks and enters into the plush and palatial home of the wealthy Bear family while they are away on holiday in Barbados. All is well as Goldy makes herself right at home… that is until the Bear family return to find their porridge eaten, their beds slept in, their magazines thumbed through, their pay-tv satellite scrambled, and the fridge ransacked!

However, instead of sending Goldy straight back to military school, the Bear family proceed to take her under their wing and provide her with a loving home, with Goldy soon mending her ways…

Until Goldy’s real parents show up demanding answers! Goldilocks and the Three Bears is now a heart-warming tale of triumph and family in the same vein as Annie or The Blind Side.

While some have criticised Hollywood for not concentrating on producing more original content and instead churning out Twilight-esque narratives, and ‘re-imagining’ stories aimed at the ‘young and hip,’ even the most hardened cynic can argue that there have always been reincarnations of fairytales from one generation to the next. Many of the fairy tales we know and love have themselves been altered or reinterpreted in some way or another such as The Pied Piper and The Little Mermaid were ‘censored’ so as not to scare or offend, while others, including Rumpelstilskin were made all the more gory for audiences.

Is it not a good thing that we reintroduce such stories to new audiences to keep them alive?

Instead of having a rather shallow focus on making fairytale narratives ‘hip and edgy’ these stories can be reborn once  more as original, quality stories in their own right that both entertain and retain the important parallels made with the social and moral lessons still relevant today, whether it be Little Red Riding Hood’s message of stranger danger, Beauty and the Beast’s tale of inner beauty, or Cinderella’s karmic blow to her evil stepsisters that manipulation and ill-treatment do not win hearts.

There is so much more to fairytales other than beautiful maidens, damsels in distress, dashing princes or being the fairest one of all. Once upon a time, these stories didn’t need a beautiful cast or special effects to keep the masses interested…