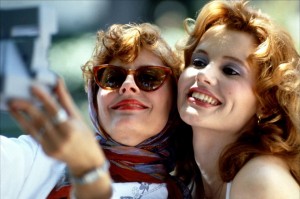 Cinemas in Sweden are introducing a classification system similar to age of audience test to determine gender representation and equality in films. If a movie passes the Bechdel Test, it would get an A grade; similar to if the film had no violence, nudity or coarse language it would get a G rating.

The Bechdel Test was conceptualised by cartoonist and novelist Alison Bechdel in her comic strip Dykes to Watch out For in 1985, and the test posits that any given film can only be successful if it passes the following three rules:

The Bechdel Test really highlights the lack of gender equality in the film industry when it is taken into consideration in this manner – through the rules of this test, blockbusters such as the Lord of the Rings trilogy, all of the Star Wars movies, The Social Network, Pulp Fiction and all but one of the Harry Potter movies fail the test. This sort of representation in cinema only serves to highlight the lack of not only female protagonists, but lack of diversity. When considering it further, it really is quite concerning.

The state funded Swedish Film Institute supports this initiative, and it is already beginning to catch on, with the Scandinavian cable television channel Viasat Film also agreeing to the film classifications in its reviews and it has scheduled November 17 as a ‘Super Sunday’ in which the channel will only play films which pass the test (The Hunger Games and Savages, for example).

However, with any such decision as this there will be naysayers, as is the case with this reform. Many are stating that Sweden’s progressive takes on gender and sexism is ‘gender madness’. Swedish film critic Hynek Pallas states that ‘There are far too many films that pass the Bechdel test that don’t help at all in making society more equal or better, and lots of films that don’t pass the test but are fantastic at those things.’ Pallas also opined that such an institution shouldn’t regulate the content of films, or what should or should not be included in any given film.

It’s fantastic that Sweden have taken action in regulating gender equality in its films, as well as in related industries such as advertising. Opinions regarding the Bechdel Test tend to be quite divisive; but the enforcing of it is certainly a step in the right direction in minimising sexism and maximising equality in the film industry.

Do you think the Bechdel Test is an effective measure of whether films present gender equality?
What do you think makes a good feminist film?
Would your favourite movies pass the test?