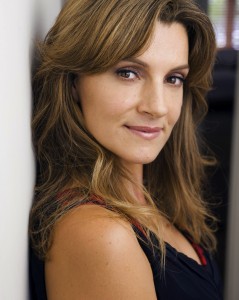 Stephen Sewell’s 1988 play, Hate, tells the story of the Gleasons – a rich, popular and polished family, with a lot more going on inside than anyone could possibly tell. The story of a ‘monster patriarch’ with political ambitions, the play centres around a particular weekend spent at the family homestead, where the turbulence that reigns under the surface finally comes to a head.

I spoke to Sara Wiseman, who plays Celia in the cast, about acting, her love of theatre, and the world of Hate.

Hate was written in the late ‘80s, but is arguably still relevant today – how do you think modern audiences will relate to the play?

Easily. This is the type of play theatre was created for; getting an important message to the masses. Take away a few ‘80s references and styling and the play could be written yesterday in response to the political and captilised world of today. (Albeit a little more simplified with no internet and cell-phones.) At first I was in awe at the way this family treated each other – then I realised I was extremely naïve as it is happening right now with a very prominent Australian family. So much will ring true for many – however there are still some great shocks in the secrets they keep.

Tell us a bit about the process of putting the play together – how has the journey been so far? Any memorable rehearsal moments to share?

For a play dealing with such volatile subjects as betrayal, deceit and hate, there has been a huge amount of laughter and love on the boards as we rehearsed up Stephen’s script. The cast and Marion are absolutely exquisite and such fine artists to work with. Each day brought new discoveries in the characters. And in the downtime, Grant Piro’s ability to produce any accent on a whim is something to behold.

Hate has a relatively small cast – how does this compare to other shows that you have worked on?

I have played a one woman show all the way through to a cast of twenty or so, so this seems like a nice intimate, dynamic number for me.  Plus, I come from a family of five so it seems just right.

The press release for Hate describes it as a story about a ‘monster patriarch’ – how do you think the play deals with gender roles? What role to the female characters take throughout the play?

Bang on for the ‘80s I believe. I think Stephen has done a very fine job in writing two very complex, textured and different women in Hate. The journeys are vast for both of them and unpredictable. I feel so lucky and grateful I get to explore Celia’s world without having to actually live it. Stepping into someone else’s shoes does wonders in making you live your own life with more appreciation.

You have a pretty extensive history with film and television – do you enjoy theatre work? How does it differ for you?

I LOVE THEATRE! The luxury of a rehearsal period is what I cherish deeply. It is more then just rehearsing up a play. It is sharing stories and memories and trust in a new group of people perhaps never brought together before. That is what I love about this industry. Each job brings to you together with a new selection of people and everyone is there to make the very best of it for each other.

As a woman, what have your experiences been as an actor in Australia?

As a woman, I am inspired by this industry and by many of the actresses working on stage and screen. Especially those women who are creating more quality work for their fellow female creatives.

Hate, directed by Marion Potts, is showing at the Malthouse Theatre until the 8th of March. Tickets and info here.