interview with anna fraser of actionaid 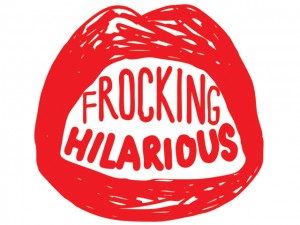 Tonight at the Athenaeum Theatre in Melbourne, ActionAid, a Sydney based international development organisation that empowers women who are living in poverty across the globe, is hosting Frocking Hilarious – an all-women comedy fundraiser. I spoke with ActionAid’s Media and Public Relations Officer Anna Fraser about the event and about the important work that ActionAid does for women around the world.

Could you tell us about how you got started working for ActionAid?

AGrowing up I was surrounded by strong women – my mother, my aunties, my teachers and now my friends and colleagues. The seeds of feminism were sown for me very early on – blue was my favourite colour and I never understood why it was ‘for boys’. After university I wasn’t sure what I wanted to do exactly but I knew that I wanted to ‘make a difference’. I looked at local social justice organisations that I could support.

In 2014 I volunteered to support ActionAid with “Frocking Hilarious” – one of the first all women comedy galas in Australia. It was one of many volunteer activites I was involved in at the time but I was especially inspired by this event – the energy, the comics themselves and most of all the stories of the women ActionAid works with. The energy in the ActionAid team in the lead up to the event and on the night itself was incredible. This was an organisation I really wanted to be a part of – full of fiery feminist women who were very supportive of me as I tried to work out what career to pursue. I eventually applied for a junior paid position – and here I am.

What about feminism and in particular the work that ActionAid is doing for women inspires you the most?

Feminism is about women being equal to men. This is a short and simple sentence, which is a little more complicated in practice. Collectively women are louder and stronger than if they stand alone– and working together is the only way we can create change. What’s essential for my feminism is that women speak to and support each other. For me, feminism can be as casual as talking about sexism over a few wines with my girlfriends or as nerdy as dissecting the latest UN Women report. What really matters is that women are talking together about their experiences, sharing their ideas and supporting each other.

Even though ActionAid doesn’t have programs operating in Australia we act in solidarity with women’s issues here whenever we can. Just a few weeks ago the ActionAid team attended the annual Reclaim the Night rally in Sydney – a huge global moment for the feminist community in cities around the world. It’s moments like these that link the local and global aspects of women’s rights, which create the solidarity that ultimately leads to change. 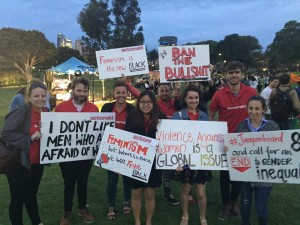 How does Frocking Hilarious raise money and awareness for ActionAid?

Frocking Hilarious features an all-female lineup of some of the Australia’s most famous comedians in support of ActionAid Australia. We hope that the big names in our lineup, such as our ambassador Judith Lucy will help shine a spotlight on the strong women leading our work on the ground – and the issues women face internationally. All remaining profits from ticket sales and donations on the night go towards our work empowering women living in poverty around the world.

Why have you moved Frocking Hilarious to Melbourne this year?

Frocking Hilarious has been a huge success as part of the Sydney Comedy Festival for the past three years. However, even as a Sydneysider, I can acknowledge that Melbourne is probably the cultural hub of Australia – it’s a city with a strong appreciation of the arts.  We hope that our stellar line up encourages Melbournians to come along to support local women in comedy and celebrate women’s rights. From Sydney to Melbourne, we’re taking on one city at a time with the power of women’s laughter – and who knows where we’ll go next!

In your opinion, why is it important to showcase an all-female cast of comedians?

Women in comedy – and the arts more broadly – remain a minority. An all women comedy gala reclaims a space that has long been male dominated and proves just how powerful women’s laughter is. It’s a night to cheer for the talent of some of Australia’s funniest ladies as well as the strength of women we work with on the ground leading change in their communities.  Through Frocking Hilarious we hope to celebrate women’s rights and demolish stereotypes of women in poverty as ‘victims’ through laughter. 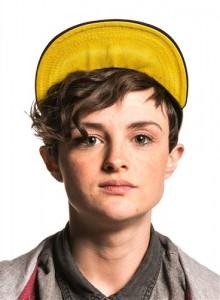 Comedian Demi Lardner will be performing at Frocking Hilarious

Could you tell us about what project ActionAid is currently participating in that fundraisers such as Frocking Hilarious will be raising money for?

ActionAid Australia prioritises women’s rights across all our work. We are committed to ensuring that internationally, women can access essential resources, such as land and water, and to eradicating violence against women – particularly in disaster contexts. I’ve been most proud of how ActionAid worked with women in Vanuatu during the aftermath of Cyclone Pam in March to lead the disaster response in their communities. Life for women in Vanuatu was already tough – with most communities led by men and domestic violence widespread.

Since April ActionAid has supported thousands of women in some of the most remote parts of Vanuatu to meet at regular women’s groups where they come together to learn about their rights, new livelihood skills, disaster preparedness and protection issues. Throughout the year my colleagues have brought back so many stories of strong women leaders that we are working with in Vanuatu –women whose confidence has grown and grown through these groups. Just last week I heard about a 22 year old women who attended one of our meetings. She wanted to be a politician one day because, “it’s not right that only men have big important jobs in offices,” as women could do better.  She said that “men look after themselves – women look after each other and the community.” I know exactly how she feels.

What do you think is the biggest challenge for a woman when she is living in poverty?

Women everywhere face so many challenges that it’s easy to feel overwhelmed. Some examples include domestic violence, female genital mutilation, rape during conflicts, being excluded from decisions that affected their lives and disasters destroying the basic resources women depend on like land and water. I could go on all day but I’d rather speak about the strength and hope for the future that women everywhere offer. Despite their lower levels of education, experiences of discrimination and injustice and frequent denial of their human rights, women are the hope for the future. Women must be supported to take control over their own lives – to earn their own income, contribute to household decisions, walk home safely at night, speak up without fear and participate in community leadership.  We must keep working to support women to stand up for their rights because this is the only way to change the world. There’s a lot of research citing the economic benefits of women’s leadership – but my colleagues accounts from the ground affirm that it goes deeper than this. We need to follow women because they will lead the way to a brighter future- the biggest challenges for women are also the biggest hopes for the world.

What is one of the biggest challenges that ActionAid faces in reversing poverty around the world (for both men and women)?

ActionAid works in over 40 countries around the world and the biggest challenge in reversing poverty is that it is so complicated. It’s commonly assumed that we can ‘fix’ or ‘fight’ poverty by giving out money or through the provision of basic needs like food and shelter. But this is only a short-term strategy. The challenge is mobilising people to come together and challenge the status quo that keeps so many people in poverty. By coming together we can create social movements and it’s social movements that make real change for the future. Sometimes Australia can feel so far away but Australians must consider how decisions we make here can impact people around the world – from the products we buy, to the Australian government’s policies on climate change and taxation. Australians can make a huge different by standing in solidarity with the women impacted by our governments policies – through petitions, reading the news and coming to local events like Frocking Hilarious. 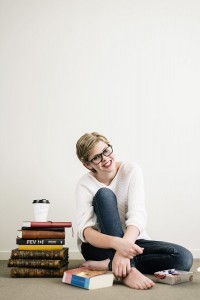 Comedian Tegan Higginbotham will also be performing at Frocking Hilarious

Do you have anything else to add?

We call on all feminists in Melbourne to come and join us at Frocking Hilarious. It’s a night to celebrate women’s rights through the power of laughter and we really want to rally the support of the feminist community in Melbourne!

Our full line up: