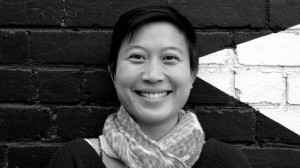 Rani Pramesti is an associative producer at the Footscray Community Arts Centre in Melbourne. She is currently producing WANITA: Female Artivism- Jakarta! opening this week. The exhibition will feature the work of nine women DIY artists from Jakarta, including Marishka Soekarna, Ayu Dila Martina and Ika Vantiani. The works are diverse and wide-ranging, including music video clips, collage, zines, prints and illustrations. WANITA – Women Arts Network Indonesia to Australia – is designed to facilitate networks between the female arts communities in Jakarta and Melbourne. Rani spoke to me about WANITA and its role in producing art as activism.

How did you become involved in WANITA?

Sooji [Kim, co-founder of WANITA) is part of an all-women band called Empat Lima, They went on a tour around Indonesia last year and were very inspired by a lot of the women artists and women activists that they met. Sooji also saw a lot of parallels between the women-led arts and craft scenes in Indonesia and in Melbourne. She wanted to bring those two worlds together through WANITA. For myself, I am theatre-trained and I have noticed that the performance artists that I bring over from Indonesia tend to be men. Men tend to be the ones with the international reputations and the networks. When I saw that Sooji had created this network, I was very keen to support it.

What does DIY art mean?

Not all the Indonesian artists would agree with that term. But, generally what we mean is that a lack of government funding and infrastructure to support emerging artists trying different mediums has meant that they have just had to do it themselves.

Why do the performers that you bring out here tend to be male?

From my limited observation living between these two countries for the past fifteen years or so, it’s still quite a male dominated field. It will always depend on which communities you are involved in – Sooji found many women-led art communities in Jakarta. However, generally it’s the men who are more visible in public spaces and it’s the men who have the connections. For example, at the Australian Theatre Forum in January, two Indonesian artists were brought out and they were both men. I was quite surprised that they didn’t bring out any of the Indonesian women involved in theatre. The women that I know in theatre making tend to engage with quite political topics, including gender, and I think that’s still seen as quite sensitive to support.

Is that underrepresentation of women in art the motivation for an organisation like WANITA?

The tendency for artistic communities to be dominated by men was something that motivated Sooji to create a network that allowed women artists to meet each other. For me, that is a very important cause to support. I was motivated by a need to have more diverse representation.

What role does art have in activism?

It’s about representation – who gets to have the publicity and the exposure. It’s also about the themes people work with in their artwork. Part of WANITA’s program at Footscray is a workshop where we will be discussing contemporary gender identity through collage art. That’s an example of how we can make something together with our hands while thematically engaging with “what does it mean to be a woman or man or neither or trans or intersex?” and then make a visual representation of that. Art is about creating something out of a particular experience: it’s not just something that just brews in you – you make something from it. Taking something that’s uncomfortable or disruptive and making a conversation about it.

The WANITA: Female Artivism – Jakarta! exhibition will be shown at the Footscray Community Arts Centre from October 1 – 8. The craft and collage workshop exploring the language surrounding female identity today will be held on October 3 from 1 – 3 pm. People of all genders are welcome to attend. On October 4, Marishka Soekarna and Ika Vantiani will conduct a talk to share their experiences of navigating the burgeoning artistic communities in Indonesia’s bustling capital.