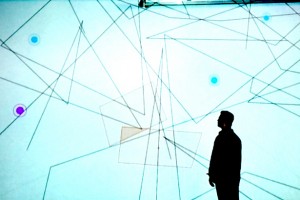 If you have been in the Sydney theatre scene long enough, the PACT Centre for Emerging Artists is probably a household name by now. The venue, located in cozy Erskineville, has been home to experimental performance for over 50 years now. I consider PACT an elemental player in the arts scene in Sydney and as an exemplifier of what the arts industry can offer within Australia.

So when I heard about a new artistic venture at PACT; AFTERGLOW, a mini festival of sorts showcasing two emerging performance makers Ryan McGoldrick and Cloé Fournier from 17-20 June and 24-27th June, and then was offered the chance to interview the CEO/Artistic Director of the theatre, Katrina Douglas, I couldn’t possibly say no!

Here’s my chat with Katrina, with details about AFTERGLOW at the bottom.

Tell me first a bit about your journey in theatre? How long have you been PACT’s CEO and Artistic Director?

I have been the Artistic Director / CEO of PACT centre for emerging artists for 14 months. It’s been fantastic to be guiding such an important and iconic company. PACT celebrated its 50 year anniversary last year so I spent the first 6 months of my time with the company researching the history, meeting 5 generations artists and arts workers, and hearing amazing stories about people’s time with the company. It was a crazy whirlwind but fantastic way to be inducted into all things PACT.

In ways my journey as a director, producer and manager started at PACT in the mid 1990’s. I was pursuing acting and saw a part time position as Workshop Coordinator at PACT so I applied as I figured it would be better then waitressing! Anna Messariti, the then Artistic Director, took a chance and hired me. It was my first permanent position in the Arts and it really changed everything. I directed my first play at PACT and realised that I loved directing a lot more than acting. I discovered contemporary performance and had the chance to work with fantastic artists.

After PACT I went onto to work companies across the country such as Shopfront Arts Co-op, Powerhouse Youth Theatre (where I was Artistic Director for 4 years), ATYP, Griffin Theatre, SBS, Metro Screen, St Martins, the Q Theatre, VCA and information & Cultural Exchange, where I am currently directing on a new project called ‘Mothers Spice’.

What about the medium of theatre inspires you most?

I am most inspired by new work and in particularly new performances that are pushing the boundaries of theatre. When I talk about new work I am most interested in performance devised by a team of artists; work that is created in collaboration with artists and community; and new Australian playwriting. That’s what inspires me most as a director, producer and audience member.

Who/what in the industry inspires you the most and why?

Very difficult question to answer as I’ve had the privilege to work with incredible artists over the last 20 odd years. It’s very difficult to say who inspires me the most … there has been artists who have inspired me at different times throughout my career. For example playwright Lachlan Philpott who I’ve know and worked with since we studied together at VCA in 1999. I’ve directed 2 of his plays – Colder and most recently Truck Stop, which went on to win numerous awards. In the early stages of my career I worked with Chris Ryan when I was working at PACT back in the 1990’s. He introduced me to contemporary performance and different ways of creating work. Over the last 5 years I’ve work closely with sound designer and musician Peter Kennard, and we’ve created some great work together. I’m inspired by the work and integrity of artists such as Claudia Chidiac and Alison Richardson. And the list goes on.

I will say though since starting at PACT I’ve met some very talented and skilled emerging artists, and it’s been such a welcoming experience to work with them and see how the next generations are creating work and approaching their artistic practice.

Tell me about PACT  – its mission and what it brings to audiences.

PACT centre for emerging artists is the launching pad for the next generation of cultural leaders. It is at the forefront of innovation and groundbreaking experimentation. PACT nurtures a strong, curious, brave and inclusive arts sector by providing outstanding support for emerging artists. We are the nerve centre connecting audiences, professional artists, community and businesses with our artists.

PACT encourages artists of all abilities to investigate new, inquisitive approaches to contemporary performance. We also encourage our audience and community to investigate those approaches alongside them. PACT fosters and promotes an inclusive, diverse Arts community.

PACT creates substantial and ongoing change in the Australian arts scene by feeding all levels of the sector at its roots. PACT is where artists get their hands dirty and creative catalysts for professional development are found. PACT works with and supports emerging artists of all abilities working in contemporary performance. We define ’emerging’ as an artist in their first 5 years of professional practice in their chosen artform.

PACT is one of the oldest continuous running performing arts company in Australia, celebrating its 50th anniversary in 2014. PACT has been instrumental in building the careers of 5 generations of artists, many of whom are now cultural leaders and game-changers. Our alumni are found across all levels of the Arts, Entertainment and Events Industries. They are also working in cultural policy, within funding bodies and for government departments.

How did AFTERGLOW come about?

AFTERGLOW is an exciting new initiative that showcases new work from two of Australia’s most compelling emerging performance makers. AFTERGLOW brings to light work that explores similar thematic ideas from completely different perspectives. By placing the two performances side-by-side on sequential weeks, AFTERGLOW looks to build a dialogue between works that speak to relevant issues and experimental form. AFTERGLOW premieres two works that represent the very best of contemporary Australian performance. 2014 is the first year of AFTERGLOW and we look forward to developing this mini festival into the place to go to see the best new contemporary performance works developed by the best emerging artists. 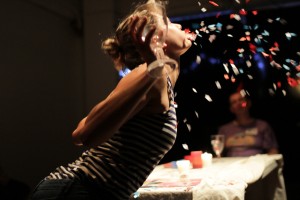 Tell me about the performance makers, McGoldrick and Fournier – what has their journey been like at PACT so far?

re:group performance collective were PACT’s 2014 Artist-in Resident. PACT’s Artist in Resident program is a one-year space only residency for an emerging artist or collective to develop skills, interrogate their craft and develop a new work. PACT’s Resident Artist will have access to the theatre space every Sunday throughout the year and are an active and vital part of PACT’s community and performance program. The Great Speckled Bird was developed during their residency last year and I programmed the work into AFTERGLOW after seeing an early stage development in June 2014.  You can find out more about Ryan and The Great Speckled Bird by clicking here.

Ryan is also part of PACT’s inaugural RAPID RESPONSE TEAM (RRT). RRT is PACT’s elite team of emerging performance artists who will have two days to react creatively to the stories and events that are shaping their daily lives. You can find out more about RRT here.

What do you hope audiences will walk away with after seeing these solo pieces?

I hope that the audience will be inspired and moved by these two performances. I hope that audiences take the time to see both performance as the works speak to each other and people who see both will have more insight into the concepts and ideas that these artists are exploring. Ryan and Cloé are passionate and intelligent artists and I hope they will excite audiences. I hope audiences will be excited to see two of our best artists at this early stage of their career. It is a real privilege to support and be part of an artists journey and I hope that audiences will be so inspired that they continue to support Ryan and Cloé throughout their careers.

Do the performances mirror each other in any way? Why are they presented as a double-bill?

Both works are located at the intersection between contemporary performance and digital media, considering the nature of identity in a world of increasing acceleration. Through the use of interactive technology and personal conjecture The Great Speckled Bird and Dining [Uns]-Table trace themes of family, memory and the stories we tell ourselves.

Ryan McGoldrick’s The Great Speckled Bird is a new intermedia work about how we write myths: the stories that tell us how we got here – a few minutes or millennia ago. The artist stands before an audience, unsatisfied with the Big Bang, and sets out to write a new myth for the digital age. What unfolds is in fact a deeply human story about memory and the uncontrollable ruptures of contemporary storytelling. This new work investigates the dualism present in the ‘recording technology’ that dominates our media-saturated culture as both a mnemonic tool and a homogenising force of identity loss. The Great Speckled Bird is an epic new myth combining performance, digital animation, wildlife documentation and live audio composition.

What are you hopes and dreams for the future of PACT?

We are about to launch a new three year Strategic Vision and Plan for PACT. Excellence, rigour and adventure are at the heart of our artistic vision. We want our artists to take risks. We want them to test ideas, push their practice and engage with unique methods of audience engagement. We also want our artists to think outside the box and grapple with the complexities of living and creating in a rapidly evolving society and Arts industry.

Our revitalised, groundbreaking program focuses on long-term investment in artists, producers and companies. An invigorated production arm will encourage artists and audiences to be curious and daring, and to engage with unique methods of interaction via site-specific, participatory and digital platforms.

My hope is that we can secure PACT’s future so that the company can continue to provide opportunities for emerging artists for another 50 years.

Performance dates & times for AFTERGLOW are:

PACT is accessible, a 5 minute walk from Erskineville station, there is plenty of street parking and we near lots of great pubs and local restaurants for audiences looking for a meal after the show.

For more information and to book head here.