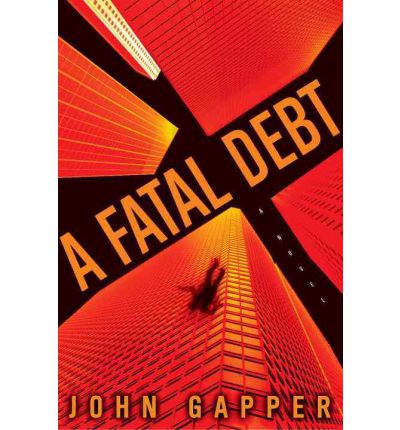 A Fatal Debt is a murder mystery novel, centring on the business elite of New York City, in the wake of the 2008 financial crisis. The protagonist is Ben Cowper, attending psychiatrist at New York’s Episcopal hospital. When major donor Harry Shapiro is brought in by his wife, Cowper is caught between professional opinion and sponsorship-related obligation.

Harry is a broken man. Newly jobless and ostracised by his peers, Harry is struggling to cope with the realities of his reversal of fortunes. When his doting wife, Nora, finds him with a handgun, she brings him to Episcopal. He resists treatment, and because of his status as a donor, Dr Cowper is forced to discharge him.

When a death is reported at the Shapiro mansion, Cowper fears that Harry has taken his own life – meaning Harry is to blame. What unfolds is in fact much worse, and Cowper finds himself in the middle of a high-stakes blame game. Facing professional ruin and physical danger, Cowper must expose the truth of the matter, before it’s too late.

The shattered world of the financial centre is a gripping setting for a book of the nature. The collapse of giant banks coincided with the destruction of many powerful egos, and pride is not the only thing to be injured in the wake of the crisis.

John Gapper is chief business commentator and an associate editor of the Financial Times. He has previously worked with Nick Denton of All That Glitters, the definitive account of the collapse of Barings (a London bank that lost $1.3 billion dollars in 1995). His knowledge and passion for the intricacies of the financial world are obvious in the novel. This works both for and against the author, as the level of detail runs the risk of alienating some readers. That said, I enjoyed the novel as it lays out how the most recent crisis occurred in simple terms.

A Fatal Debt was a real page-turner. The plot was rather predictable (I picked the killer quite early in the piece), but it was written in an exciting way which the lack of originality bearable. The ruthlessness of Harry’s ‘friends’ and Ben’s superiors was brutal, but believable, and even though Ben was a bland character, you root for him against these bullies.

As it is a genre novel, the characters (particularly the women) are rather unimaginative. Women are manipulative, sexy, or motherly. Nora Shapiro manages to pull off a combination of the three. The relationship Capper constructs between Cowper and the Shapiro’s housekeeper doesn’t quite gel, probably because her motivations are largely unexplored. I would have been more interested in the characters if Gapper had invested more time in their personalities, rather than merely sketching them each a tragic backstory.

Overall, A Fatal Debt is a good example of a murder mystery novel with an intelligent and contemporary twist. It is compelling, without being taxing. Its content is current and would appeal to a wide spread of readers. As a light summer read, it leaves little to be desired.

A Fatal Debt is published by Ballantine Books.