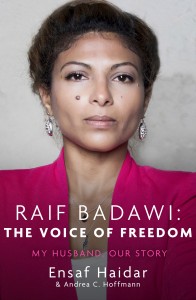 The irony of the West’s close relationship with Saudi Arabia would be laughable, if it weren’t so troubling. When King Abdullah, of the ruling al-Saud family, died in January 2015, tributes gushed forth from world leaders. Prince Charles, David Cameron and Barack Obama, among others, flew to Riyadh to pay their respects to a man whose government had harboured exiled dictators – such as Ugandan despot Idi Amin and former Tunisian President Ben Ali – and supported military political interventions in neighbouring countries. The International Monetary Fund’s Christine Largard even went so far as to declare King Abdullah a “strong advocate of women”, praising him for marginal reforms and politicly glossing over the fact that women in Saudi Arabia are the property of their male relatives, and legally cannot drive.

A fortnight before world leaders converged for King Abdullah’s funeral, hundreds of spectators swarmed outside the al-Jafali mosque, in the Saudi city of Jeddah, to witness Raif Badawi’s public flogging. He received the first 50 of a 1000-lash sentence, as punishment for “insulting Islam” and expressing his views through his online discussion forum. Badawi’s wife, Ensaf Haidar, watched the flogging tearfully – on YouTube, in Canada.

Haidar and the couple’s three children had previously fled to Lebanon, and had been granted urgent asylum by the Canadians when the Saudi government sought to extradite them back to Saudi Arabia. However, Badawi, whose sentence included a 10-year travel ban, was prevented from leaving the country. His case made international headlines, owing in no small part to his wife’s campaigning with the Canadian branch of Amnesty International.

Haidar’s experience of her husband’s imprisonment, as well as their lives together, is the subject of her memoir Raif Badawi: The Voice of Freedom—My Husband, Our Story. Part love story, part dissident’s tale, the book examines the limitations on freedom in Saudi Arabia and provides rare insight into the stultifying lives of women there.

The al-Saud family, whose living members are estimated to number more than 30,000, has ruled the country for close to 300 years, and their ascension to power is the reason behind Saudi Arabia’s fundamentalist interpretation of Islam. The roots of al-Saud’s rulership hark back to 1744, when the dynasty’s founder Muhammad Ibn al-Saud cut a deal with puritanical religious leader Mohammed Ibn Abd al-Wahhab: al-Wahhab would help al-Saud expand control over the Arabian peninsula, in return for the growing state’s adoption of an ultra-conservative brand of Islam as its official policy.

Al-Wahhab’s teachings – Wahhabism – have largely persisted, and today forbids “tobacco-smoking, listening to music, dance and song, the wearing of clothing made of silk”, writes Haidar.

“Today it is our state ideology – and at the same time the ideology followed by all terrorists from al Qaeda to Islamic State.”

In 2013, recognising this issue, the European Parliament identified Wahhabism as a major source of global terrorism. (It’s also worth noting that 15 of the 19 9/11 hijackers were Saudi citizens.)

Within Saudi Arabia, Wahhabism manifests in strict segregation and the veiling of women from head to toe, so as to reduce the chance of encounters with the opposite sex. The piety, Haidar writes, has an opposite-to-intended effect:

…Saudi Arabia is in my view a thoroughly sexualised country: in principle everything revolves around sex—and the question of how it can be most effectively prevented. Even the public debate is always about building new hurdles between the sexes.

In a country where marriages are often arranged without prior meeting, and where a woman and unrelated man cannot be alone together, any interaction that does occur with the opposite sex feels furtive and dangerous.

Badawi and Haidar’s early courtship has a teenage, cloying quality to it. They speak for the first time because of an accidental phone call, and Badawi calls Haidar repeatedly to try to talk to her. That gives way to secret rendezvous, extravagant presents and grand declarations of love, which culminate in a marriage soon after and three children.

The couple’s liberalism makes for far more interesting reading. In 2010, Badawi set up the Saudi Liberals Network, an online blog and discussion forum for liberal thinkers and human rights activists. He publicly advocated equal rights for women, penning numerous blog posts and newspaper columns. The site earned him a growing network of liberal friends – journalists, writers, wealthy benefactors – but also the increasing ire of the Saudi religious police. Badawi was accused of apostasy in 2013, a crime that is punishable by death in Saudi Arabia; the charges were later dropped.

Although Haidar initially found it difficult to openly articulate her views, she too wrote about life for women in Saudi Arabia. In an article published in the newspaper El Hayat, she “lamented the rules on veil wearing, the ban on driving, the unfair inheritance law and the medieval guardianship system in Saudi Arabia” – all the things that made her life as a Saudi woman difficult.

It’s long been in the best geopolitical interests of certain democratic governments to turn a blind eye towards the ignobler aspects of the Saudi regime. The US–Saudi alliance, for example, maintains oil access, and dates back to a Cold War–era relationship solidified by the Soviet invasion of Afghanistan. But given the increasing ideological threat of extremist groups such as ISIS, relationships such as this may soon falter.

In a New York Times op-ed, Algerian journalist Kamel Daoud calls Saudi Arabia “an ISIS that has made it”. “In its struggle against terrorism,” he writes, “the West wages war on one, but shakes hands with the other.” While America continues to preserve its alliance with Saudi Arabia, it abets and legitimises the extremist Wahhabist ideology that ISIS uses to justify horrific violence.

Meanwhile in Sherbrooke, Canada, Ensaf Haidar continues to campaign for her husband’s release. For his travails, Badawi has been internationally recognised with numerous accolades, including the Sakharov Prize for Freedom of Thought. But no prize, of course, rivals freedom.

This piece has been co-published with Right Now.