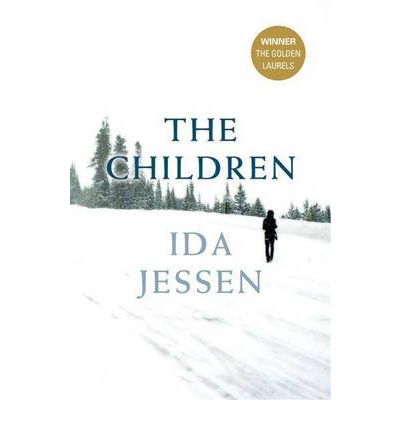 Ida Jessen is a popular and award-winning Danish author whose 2009 work, The Children, has recently been published in English. Beginning in 1992, The Children opens with recently divorced Solvej renting a house in isolated Hvium so she can be with her daughter, Christiane.  While Solvej is eager to find a place to belong, her decision is met with contempt by her ex-husband Morten, who believes that she abandoned not only him but also their daughter.

The people of Hvium are also unreceptive to Solvej, incapable of understanding how a woman could be divorced.  However, while Solvej is determined to repair the broken relationship with her daughter, it is not long before her married neighbour, Søren, becomes a major distraction in her life, threatening her precarious existence in unfriendly Hvium.

The book is broken up into four sections, covering over fifteen years in total.  Ultimately, this wide-reaching approach is to the book’s detriment.  Jessen sets up an intensely uncomfortable and potentially dangerous story in the first section, but this simply isn’t continued in the later sections.  Instead, Jessen reintroduces characters from the first section that had contact with her protagonist, and fleshes them out.  This might have been effective if this had been hinted at earlier on; instead, the reader is left feeling trapped as one woman after another enters into tragic relationships with men.

The Children examines relationships between men and women, and also intergenerational relationships, with a focus on Solvej, her daughter, and the men in her life.  Solvej’s infidelity costs her not only her marriage but also her child; her dalliance with Søren sets in place tragic events that not only prevent her from reinstating her relationship with Christiane, but from realising her dream of having more children.

While other characters, such as Manne, Ragna, and Christiane, all cope with unpromising relationships with men, it is Solvej who personifies the struggle between old-fashioned and modern ideals.  Unable to play the traditional role of wife and mother, the way women of her mother’s generation did, she is also incapable of asserting herself or recognising that her actions have consequences.  As Jessen notes, ‘It didn’t occur to [Solvej] to say that she wasn’t interested.  She had never said that to a man.’

The Children provides rather devastating insight into the world of our Danish counterparts. Jessen uses tropes such as ice and storms to heighten the tension of the novel, particularly in the first section. Despite the problems with the book’s development, The Children offers slivers of a brutal humanity from the other side of the globe.

The Children is published by UWA Publishing.