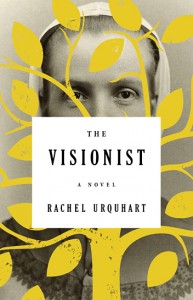 Shakerism is a religion on its way to extinction. Its three surviving members occupy a crumbling old house in rural New England, where they are surrounded by historical settlements, tourist museums and libraries devoted to their faith.

At its peak in the 1800s, six thousand Shakers lived in this region. They were led there by Ann Lee, a radical Christian who had a vision that celibacy was the only true path to holiness. Historians generally agree that this was the result of trauma, as Ann was uncomfortable with sexuality and suffered four miscarriages during her marriage. But after departing her native England and embarking on a series of public sermons across New England and the Midwest, she managed to attract thousands of followers who agreed to disavow sex and isolate themselves from the rest of the community.

Soon, she was known as Mother Ann, and considered the second coming of Christ. Long after her death, women maintained positions of power within the sect, though because they weren’t allowed to have children, they had to recruit new members by adopting orphans and conducting public meetings, where they were prone to singing, dancing, convulsing and speaking in tongues.

It is strange, when you consider our modern day obsession with cults, that Shakers have been largely ignored in popular culture, but Rachel Urquhart uses our ignorance to her advantage in her debut novel, The Visionist.

We are introduced to a Shaker settlement known as the City of Hope during the Era of Manifestations in 1842, when groups of young women were overcome by prophetic visions, to the point of mass hysteria. They believed they were being offered a direct line to Mother Ann herself.

Polly Kimball flees to the City of Hope after killing her abusive father in a fire, and finds herself at the centre of this movement when she suffers a post-traumatic episode during one of their meetings. This is mistakenly interpreted as a vision; the first in the City of Hope. Though she remains desperate to reunite with her mother and brother, she is tempted by the idea that she can absolve herself by becoming one of these revered ‘visionists’. She befriends another young girl her age, a devout Shaker called Sister Charity, and struggles to live up to the sect’s faith. What she doesn’t know is that several threats loom outside the City; a fire inspector is determined to find her, while corrupt local landowners will do anything to get their hands on her family farm.

There is no denying that Urquhart captures the Shaker lifestyle in rich detail, but unfortunately the novel’s historical background is more interesting than its execution. Polly is an engaging heroine torn between her desire to redeem herself and her desire for a normal, happy life, which is why it’s so disappointing that the novel isn’t told exclusively from her point of view. Instead, we’re also privy to Sister Charity’s thoughts on the situation, and chapters about Simon Pryor, the fire inspector searching for the true owner of the Kimball family farm.

Sister Charity’s chapters do offer some fascinating insights into the Shakers’ beliefs, particularly after Polly exposes her to a life she has never known, but her inner turmoil is too frequently cast aside in favour of Simon’s investigations. And while Simon’s chapters are necessary for the plot, they are derailed by his personal struggles against corruption.

I can understand why the contrasting viewpoints are there – Simon represents the dirty, cruel and masculine outside world, Sister Charity the feminine world of the Shakers, and Polly the bridge in between – but on an emotional level, it isn’t entirely successful. At times, it feels like three separate novels have been thrown together in the hopes of creating something structurally ambitious. When secrets are revealed in the action-packed climax, the scene hinges on the bond between the two girls, and it lacks the impact it would have had if their relationship had been the main driver of the story.

When the novel focuses on the Shakers, their odd rituals and Polly’s attempts to adapt to their culture, it shines. Though the Shakers claim they are inspired by nothing but their devotion to Mother Ann, they can’t completely suppress their basic human flaws. After Polly’s first vision, other teenage girls conveniently start communicating with Mother Ann. Pains are taken to ensure men and women don’t succumb to lust – women have to pin neckerchiefs over their chests “to hide their womanliness”, while the floor between the men’s and women’s quarters is dusted with flour at night – but two members are caught in a compromising position and shamed into fleeing the settlement. Young children are indentured and brainwashed until they reject their former families, and the Shakers are pragmatic to the point of cruelty about attaining Polly’s property for themselves. Urquhart allows their hypocrisies to blend into the daily milieu, enhancing the settlement’s unnerving atmosphere.

From a feminist perspective, it was interesting to read about a female-led religion in a time when women were fundamentally powerless. I can see it working well as a movie, with its melodramatic turns and stifling religious setting, but as a novel, you may feel distanced from the characters and their relationships. Unfortunately, Urquhart sacrifices both of these elements for the sake of suspense.

Grab your copy of The Visionist here.

One thought on “lip lit: the visionist”