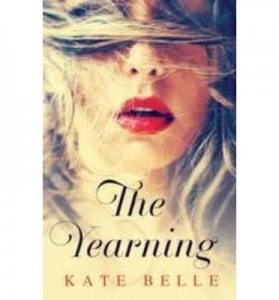 It was a young art teacher. Or was it a student teacher in geography class? It could have been his biceps half-hidden by navy t-shirt sleeves, or those tight skirts she paraded around in (did she even wear underwear?), or maybe it was something about his stubble that made you imagine it grazing across your skin.

Teenagers crush on teachers – it’s a fact of life. When hormones explode like fireworks, bodies become strange instruments of pleasure, and we zero in on someone to daydream about. Authority figures are often imaginary participants in this adolescent phenomenon, and most teachers wisely refuse to take part.

Kate Belle’s novel The Yearning, published in April, explores how a teenage crush can turn into sexual obsession.

‘I want to reveal myself to you…’ writes the protagonist, known only as the girl, ‘I need your eyes to see, your hands to touch, your spirit to acknowledge that which I hold most deeply and secretly in my heart. My yearning for you.’

Our heroine is on the cusp of sixteen in a country town in 1978, who experiences an awakening of sorts when a new English teacher moves in next door. Solomon Andrews is in his late twenties, and with his ponytail and moustache, paisley shirts and tight pants, he is a caricature of the seventies.

To his students and the girl, he represents an expanded mind full of radical ideology that the period is famous for. He incorporates revolutionary thinkers’ words into English class, compares poetry to Bob Dylan’s lyrics, and coaxes the students to see that social change is at their feet.

A sensual man, he sees women as prey and lives for momentary satisfaction. From upstairs next door, the girl watches his every move. Her obsession is secret until she begins sending him perfumed love letters. He is enraptured by her poetry and ignoring inner conflict, Solomon invites the girl into his home and his bed.

He teaches her about her body, about orgasms and positions and pleasure. A teacher in every sense, he demands secrecy from her, which she is only too willing to give. After sometime, her father catches a whiff of the affair and Solomon disappears from her life.

Twenty years later, none of our heroine’s lovers have come close to her first. The rest of the novel explores the complex ways that her premature awakening impacted on her wellbeing.

Belle’s novel is an excellent study of sexual identity. She makes it clear that we conceptualise our partners in accordance to the roles they play in our lives.

‘Solomon tore open the blank world she lived in. Her greatest discovery was that she could think for herself.’

To the girl, Solomon is a wise mentor who opens the door to a world of knowledge. None of her following lovers could give her what Solomon did, and she spends her consequent relationships pining for his expertise.

In a further exploration of sexual roles, the author details the feminine tendency to picture male lovers as saviours. After her first sexual experience, the girl remembers the story of Snow White who is whisked away by Prince Charming . She expects Solomon to rescue her for decades after their relationship ends (‘Solomon would come for her, of course he would, she was sure of it. He would find a way for them to escape this mess and be together’). It’s a classic example of an idealised version being used to escape reality.

Every chapter begins with a quote from Song of Solomon (a Bible chapter of love letters), and Solomon’s name is inspired by the biblical king who had 700 wives and 300 concubines.

Solomon thinks of the girl as a ‘siren’, evoking the murderous mythical creature; he also considers himself her muse who inspires her prose. During their short affair, ‘poetry burst from her like spring pollen’, outlining the power that sexual love has over our creative spirit.

The numerous biblical and literary references that Belle speckles throughout her novel define Eros as universal and evocative of emotion, thought and action.

Sexual love, then is a powerful experience. It’s the unspoken electricity, the force that compels bodies together, yet is more than purely physical.

On her blog Ecstasy Files Belle writes: ‘(A fictional hero) must care about his partner, his need for her (or him) can’t be just about lust. It has to be a salient longing for the whole person. Desire between the two characters must be non-negotiable, powerful and cause them both divine agony.’

Her novel paints desire as deeper than any sex act. The girl manoeuvres her way into Solomon’s mind with her passionate notes; intellectually, he is fascinated. She is besotted with him because he opens up her world.

There are allusions to the spiritual nature of sexual connection—she calls him a god and has divine revelations of love and beauty. Solomon, in a moment of reflection, wants ‘to experience that kind of pleasure. To make love and be left feeling inspired, cleansed, joined. Like a baptism.’

As a reader, I brought my own values to the book. The sex scenes between Solomon and the girl are gorgeous until you consider the abuse of power—then the act loses its sweetness. While the novel deals with the emotional fallout of such an affair, I felt there wasn’t enough space given for Solomon to be condemned for his actions. The parents blame the girl, and after her father confronts Solomon violently, he is left with no guilt because he believes he gave her autonomy.

The Yearning explores facets of desire, and how they impact our lives. But it also asks the questions: did she seduce him? Who is to blame? And at what age does a young woman acquire sexual agency?