‘Fall At Your Feet’ by Crowded House is such a good song, I don’t think anyone could ever do a bad cover, unless they were tone deaf and actually trying to get hurt. But then there are the good covers, and the really, really good covers. Boy & Bear fall under the really, really good cover category. Most people reading this would have probably heard it already, but if you haven’t, do check it out. It’s quite beautiful. And hearing it live, with the crowd lovingly crooning along with them, created a level of intimacy that everyone should experience at a live show, at least once in their life. 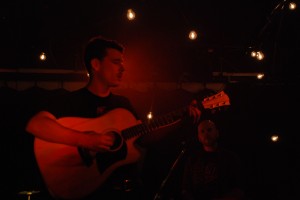 Having just returned from recording overseas, Boy & Bear have come a long way in a very short period of time. Their debut album has been in the works for quite a while, and after showcasing a few of the new tracks, we have a gem of an album to look forward to. Dave Hosking’ssoaring vocals really filled the venue (which is a problem I have with The Corner, sometimes the music just doesn’t fit) and amongst strings of light bulbs and vines that bedecked the stage, they played their hearts out. In the second of three sold out shows at The Corner, they showed their appreciation, and gave us a show that we would remember. 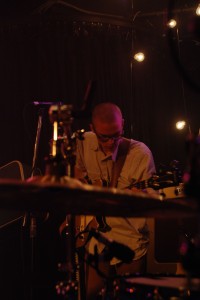 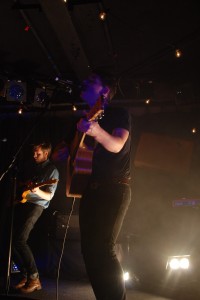 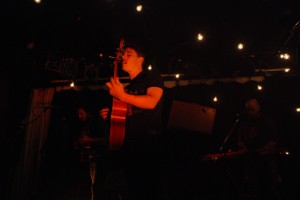 While ‘Fall At Your Feet’ was probably the best received song of the night, other favorites like ‘Mexican Mavis’ and ‘The Rabbit Song’ had the crowd clapping and jigging along. One of the lesser-known songs, ‘Blood to Gold’, from their EP, With Emperor Antarctica, had the crowd singing along to the chorus, much to Hosking’s surprise. Probably one of the standout moments was when he absolutely nailed the whistling part of new single ‘Feeding Line’. Whistling in songs is always endearing and good fun, when executed properly, especially during a live set (like when I saw The Drums, and the whistling on ‘Let’s Go Surfing’ was autotuned…oh, the disappointment), so really, well done sir, well done. While they didn’t play an encore, they did keep us informed, and I respect that in a band, and bowed out.

They play in Sydney this weekend, and Sydney, get ready to be as lovestruck as us Melbourne kids were.

All dates for the Boy & Bear Autumn 2011 tour have now sold out. If you missed out, be sure to follow them on facebook to hear about future shows!