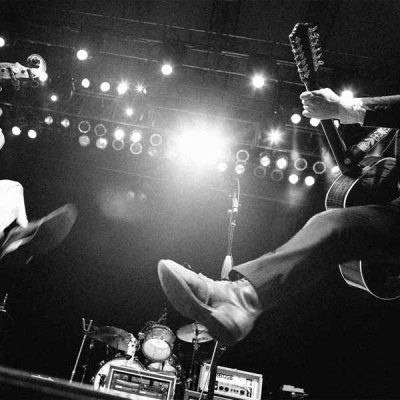 First and foremost, please let me apologize to the Lip readers – I have not been active on the website in just about three weeks. In a mere six days, it would’ve been a month without posting. I am fine, everything is fine, I just haven’t had nearly the amount of free time at night that I used to. I am running my first 5K on Sunday so most nights have been dedicated to training or cross training for that, things at work are hectic and what little free time I have is spent doing errands, picking up freelance work and/or enjoying a wonderful boyfriend.

The whole time I’ve been gone, though, I’ve had Lip on my mind. There was that interesting Ashley Judd piece, the US premiere of genius Lena Dunham’s new show Girls that has generated both appreciation of and backlash against smart young women and it seemed like every blog I was reading was somehow talking about feminism and/or the role of a woman today.

However, I don’t want this piece to be about that. I just wanted to acknowledge my absence and return. Now, onto the music.

When the last batch of EMI releases came out, I somewhat hastily chose to review The Decemberists’ live album We All Raise Our Voices To The Air (Live Songs 04.11-08.11). At that time, I hadn’t listened to The Decemberists even a little bit, but it seemed like a band and an album I should like. Most of my friends love The Decemberists, that iconic The Crane Wife album cover was a cornerstone of my visual memory for most of the late 2000s once I got into good music, and I knew that the band had been around long enough to matter despite my unawareness of them. The Decemberists have won Grammys, many of my favorite bands have cited them as a major influence and they even had a song on The Hunger Games soundtrack.

We All Raise Our Voices To The Air is a large collection of songs from many points throughout the band’s long career, recorded in places all across the USA, from Georgia to Texas to Oregon and more. I want to be fair, and it is probably because I am not that familiar with their catalogue, but this disjointed element of the album bothered me. I gave the album a few solid listen-throughs, but I couldn’t get behind its choppiness. I don’t know about you, but whenever I see the words “live album”, I expect to hear some amazing concert the whole way through. This may not be the most interesting concept to people who don’t love the band or good music, but that’s generally how live albums work, right? I understand that The Decemberists were looking for a way to showcase how captivating their live performances are all over the country, and I think it’s cool that they were able to kind of unite their fanbase by showcasing shows at different points – it just didn’t resonate with me well because I kept thinking I was missing songs.

I also just got tired of their style after a while. I know that probably sounds like a dumb statement coming from a music reviewer and that it may well be wrong because The Decemberists have been around for 12 years and have a big following. But after the fourth or fifth time to We All Raise Our Voices To The Air through, I got sick of the nasaly, flat vocals and repeated arrangements. I did enjoy the way the band was able to interact with the crowds on songs like “The Mariner’s Revenge Song”, “Billy Liar” and “Dracula’s Daughter / O Valencia!”. However, these more interactive songs essentially only served to remind me that I wasn’t actually at any of the shows. I really wanted to like both the band and the album, honestly, but I simply couldn’t. Perhaps you all will have better luck.