As a frequent patron of the Ed Castle, I know what kind of crowd it usually attracts. What’s evidenced by just about every person in the band room on January 2nd 2010, however, is that they are not here for the Ed Castle. They are here because tonight, they are going to be wherever Earthless is.

One of Adelaide’s best-kept secrets is not an underground bar or a cafe with barely visible signage. It is a band called Two Suns, an aural treat to psychedelic rock at its finest and, incidentally, the openers to the evening. 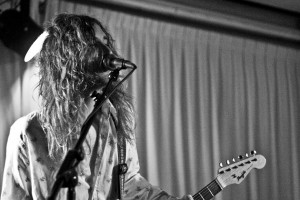 Just on the heels of their EP release a couple of weeks ago, this three piece continues to impress with their music seamlessly moving from stoner rock to rock ‘n’ roll to psychedelia, interweaving them as though it’s all the same thing. Bassist, Dave, has one of the most impressive pedal sets I’ve seen anywhere, and the communication between the members is astounding; a light tap of a cymbal seems to signal the end of a song, but the audience instead waits, expecting that it’s merely a calculated break despite appearances, because the guitarists are likewise looking back at the drummer. And just as subtly, the band detonates. 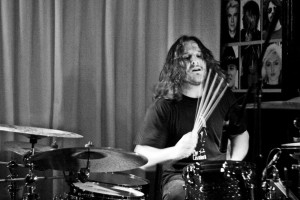 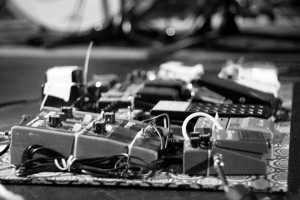 It may seem a trivial point to focus on, but it shows just how well these band members fit together. They set the bar high with their energetic and generally remarkable performance. Somehow they continue to be entirely underrated. 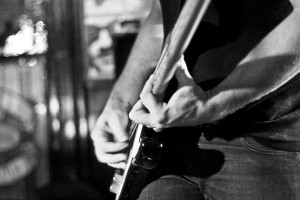 Lady Strangelove, having recently returned from recording in the U.S., showed off a few new songs within their characteristically tightly chaotic set. Between Brendan’s vocals and guitarist, Josh’s impressive mane, they do a pretty impressive job of channelling Led Zeppelin, while Azz reminds us that the bass is actually a guitar, not a beat. New(ish) drummer, Fox, rounds off the rhythms, and what you’ve got is one of the more enduring bands in Adelaide and I daresay, one of the best ones. 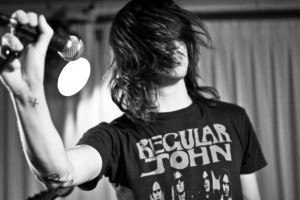 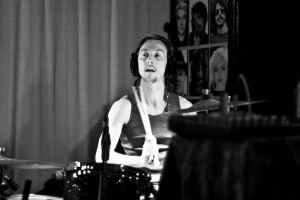 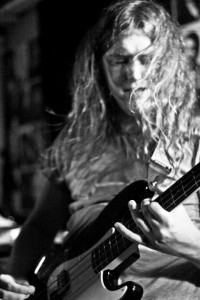 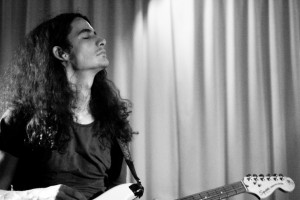 They deliver what one quickly comes to expect from their performances, being semi-maniacal dancing, songs that perfectly straddle the line between jam and studio, and the best kind of volume. 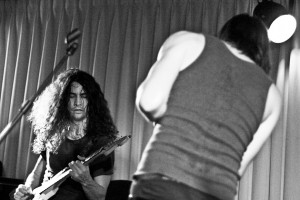 The third band for the night, Bronze Chariot, start their set off with an instrumental song and vocalist, Ben, shows an impressive stage presence, considering he just stands around and plays a tambourine for the duration. He then informs the crowd that they’ll be heading into the studio soon to record an album. So far so good. 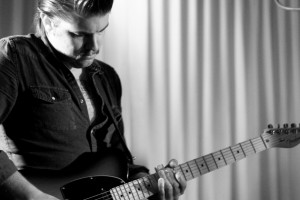 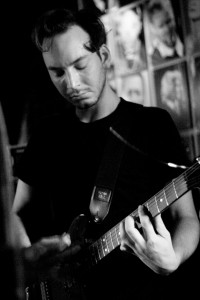 The intro to the next song, like most of those to follow (though their set tonight will only consist of five songs), features powerful riffs and hooks to, well, hook you. Then the vocals begin, and things fall apart. 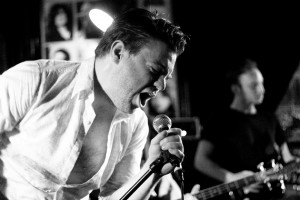 Sounding more like croaky yelling than anything that should be featured in a song, Bronze Chariot’s letdown is the vocals. The lead singer often sounds like he is competing with the music (and just leaves you thinking that you wish the music would win BETTER) while the back-up vocals drone, making it rather unclear as to what the musical direction of this band even is. I’m all for offering something different, but the elements here do not lend themselves to sonic delight. Ben’s stage presence is ultimately like the personification of a ‘dad joke’ and the most notable banter between the band and the audience involves some character asking the lead guitarist how much he sold his car for.

Note: no one in any audience will EVER care about this. Leave the personal questions that don’t pertain to rampant gossip, sex scandals or drug purchases for forums other than gigs.

To say that Earthless came as a welcome relief following that performance would be severely underselling the Californian psych rocksters. 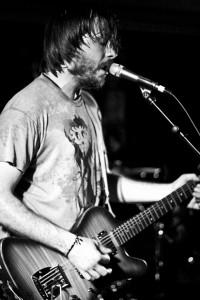 After dealing with a friend’s mini-crisis following Bronze Chariot’s set (unrelated), I rush into the band room only to find it completely packed, without even the requisite 2m gap between the audience and the stage that is usually found at small venues where the gig-goers are predominantly male. It’s only a couple of minutes in, but even the guys on the door are already entranced by the sound. A few members of Lady Strangelove are perched on the bar, and people are packed in all the way to the back of the room, with some creeping in by using mascara to mimic the wrist stamp that was exchanged for an entry fee.

Moving between the slow-burning and the high-energy, all accompanied by impressive musicianship (much in the vein of their fellow Californian residents, Dead Meadow), Earthless feeds us its interpretation of the mind altering substances that resulted in psych rock and delivers its self-proclaimed ‘cosmic nod’. 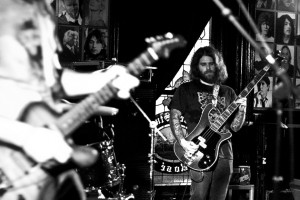 There’s a reason that most music played on the radio features vocals; even live, it can be difficult to hold an audience’s attention when you’re playing a predominantly instrumental set. But Earthless has no such challenge. The set is mostly songs combined into one long jam, and from the headbangers to the headswayers, you’d be hard pressed to find anyone in the room who isn’t immersed by this 60s- and 70s-psychedelia inspired outfit. 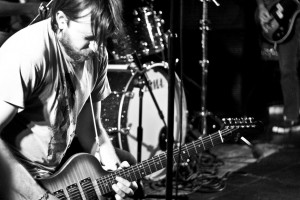