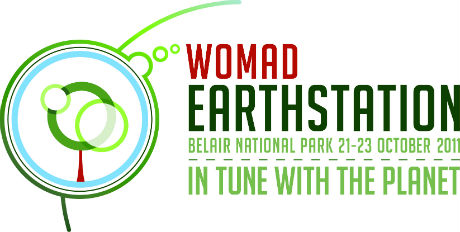 Put on your hemp hat and take off your shoes – Womad Earth Station Festival is here!

After almost twenty years of festivals in the Adelaide CBD, this year Adelaide Wo-goers were treated to a three-day camping style festival in peaceful Belair National Park.  Those old enough may remember a pre-election letter mailed out in 2006 by the no-longer-honourable Mike Rann to all Womadelaide subscribers. In this letter, he talked about his commitment to The Arts in South Australia and discussed plans for a World Music camping festival within the next three years.  All in all, one of the strangest appeals to voters I’ve ever seen.

Womad Earth Station seemed to crop up quickly, most of the posters went up less than two weeks before the festival. There was very little advertising around at all, even the main Womadelaide website only gave the event a small mention.

Held from the 21st – 23rd of October, the festival followed typical Womad format, starting on Friday night and running through until Sunday night. The main change to tradition was the option to camp on site.  Maybe due to the lack of forward advertising or the inflated price for the camping site ($183 on top of the three day pass!), the plot reserved for camping showed a lack of interest

The festival grounds closely resembled its inner city cousin, just smaller. There were only two music stages instead of eight, and far less food and market stalls. Many of the human rights and environmentally focused organisations that are yearly features of the Adelaide festival were present.  These included: The Food Forest, permaculture and sustainable living, The Conservation Council, and Melbourne Energy Institute, who were displaying Melbourne Uni’s zero carbon project. The festival also featured lectures on environmental health and sustainable living as well as a ‘weeding session’ for those willing to volunteer their time to help the staff of Belair Nation Park.

Music-wise, Womad Earth Station seemed to be getting back to the original concept of Womadelaide.  Although still a World Music festival over the last few years, there has been a slight shift in line up towards less “World” artists and more towards bands with more popular appeal.  Acts such as The Beautiful Girls and Neil Finn, whilst excellent examples of Australian (and New Zealand) pop/rock, have brought a different tone to the festival in recent years.

Playing three sets over the festival, headliners Kronos Quartet impressed audiences with their sheer virtuosity as well as their program choices, which featured works by minimalist composers Phillip Glass and Terry Riley. The most notable work they performed over the weekend was Terry Riley’s stunning multimedia creation for string quartet and choir, Sun Rings. Commissioned by NASA in 2002, this piece features sounds reordered in space as well as a spaced themed projection show.  Sounds from the quartet and choir seemed to bounce off the many tall trees and flow through the entire parkland.

New Zealand trio, Pacific Curls, performed an eclectic set that surprised and delighted their audience. The combination of traditional Pacific Island instruments (including the nose flute … and yes, that is a flute played out the nose), Scottish fiddle playing, ukulele and even some scat singing near the end should not have worked. But somehow it all did! All of these styles blended easily together to creating a new and exciting sound. The reflective and heartfelt singing of Kim Halliday added another layer to this already complex and beautiful music.

Moving away from the World Music focus, Adelaide Blues and Roots band, The Audreys, gave their first concert after a ten-month break on Saturday night.  As well as promoting their new album, Sometimes The Stars, The Audreys also performed a few crowd-pleasing numbers from their first studio release, Between Last Night and Us. Moving from the slow and sensitive, ‘Comfort Me’ to the powerful, bluesy ‘Poor House’, the band showed their interesting mix of country, blues and roots, folk and rock. Singer, Taasha Coates’s friendly banter drew in the crowd and made the large, open space seem small and intimate.

Sunday, the final day of the festival provided just as many quality acts. A now loosened up crowd was ready to dance and insisted on doing so at just about every performance. Seeing the impromptu dancing really was as enjoyable as watching the bands themselves. Young and old banded together for a wild celebration of music, with arms and legs flailing everywhere, and the energy of the movers and shakers infected the entire festival. Special mentions go out to bands, Paris Wells and Konono No. 1 whose funky beats and cool grooves inspired (and fed) much of the crazy dancing.

Indigenous group Emma Donovan Band were one of the standout acts of the day.  Already a member of The Black Arm Band (a collaborative group of some of Australia’s finest Indigenous musicians), Emma undoubtedly had the best voice of the festival. Deep and comforting, her R&B style was reminiscent of some of the great soul divas. Emma celebrated her people’s traditional language and used it to sing about issues such as the stolen generation and tell stories from the dreaming. Modest and humble, Emma seemed truly grateful to be able to perform songs that meant so much to her.

Walking around Womad Earth Station, I couldn’t help but to think that this is how the festival’s original organisers would have wanted it to be.  The festival felt stripped back to its original state. The crowd seemed more relaxed and happy that there wasn’t a coke stand or anyone selling glow in the dark wrists bands.  With the town version of Womadelaide getting bigger and bigger every year, Womad Earth Station was a refreshing contrast.  Fingers crossed that this wasn’t a one-off!