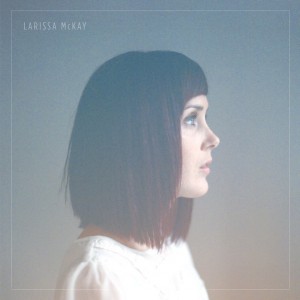 Ahead of her appearance at Festival of the Sun this weekend, the lovely Sydney-bred, London-based songstress, Larissa McKay, had a chat to Lip about moving across the world, playing festivals, and writing.

How are you feeling ahead of your set at Festival of the Sun in Port Macquarie next week?
It feels kinda surreal to be honest. I can’t wait to hit the stage at an Aussie Festival and to see all the other bands play and hang out with my friends. It’s going to be a cool chilled out weekend.

Have you ever played a camping festival before?
No, this is the first time.

Is there a different atmosphere between playing a camping festival compared to a one day festival?
Definitely, there’s a sense that you’re all locked away together for a few days and magic can happen. The best weekend of my life was at Bestival – a camping festival in the UK.

What can we expect from your set?
Hopefully you feel something, whether it’s a sense of fun, or you relate to my stories or you like the way I sing. I always try to connect with my audience.

Is there anyone you’re looking forward to seeing?
I can’t wait to hear Ladyhawke’s new stuff as I really enjoyed her first record, and my mates Hungry Kids of Hungary always put on a hell of a show. But there’s heaps of bands I haven’t seen play and I love that about a festival – you discover artists you didn’t know about before.

You’ve finished a uni degree, what was it? What career would you be pursuing if music fell through? Does that influence your music at all?
I studied Journalism and music. I still do a little motoring and music journalism on the side. I really like writing, I guess it’s in the same realm as songwriting which definitely helps me be more judgemental of lyrics and I really try and get the best out of each line.

You moved from your home in Sydney to try and set up your career in London a few years ago, why did you choose the UK? Would you go about it differently now in hindsight?
I played a show in New York a few years ago and met a guy who became my manager. He was based in London so I thought I’d give it a shot. I wouldn’t change a thing, I enjoyed myself and grew so much as a singer and a songwriter. I met some of the nicest and craziest people and got to travel round Europe in between shows.

You’ve toured in the UK, America and Australia, do you find the audience differ at all? Were there any memorable experiences?
Yeah, it’s funny, Australians “woo” a lot, the English listen attentively and applaud, and the Yanks love to come up after and have a chat. It’s all been great – playing the Aussie BBQ in London was pretty awesome. The sound was great and everything sort of fell in to place.

You switch between playing solo and playing with a band quite a bit, do you prefer either over the other? What are the dynamics like?
I love the intensity of playing solo, there’s nothing like silencing a noisy audience all by yourself. But I really love playing with my band. They’re great guys and we can do so much more with a song in regards to groove, dynamics and energy. I try to do a bit of both and have the best of both worlds.

You’ve just finished your EP Songs that London Built, what are you expecting the reception to be like?
I try not to think too much about that and just enjoy the process of recording and releasing new material. I’ve played all the songs live and know my fans like the tunes, so I just let the songs speak for themselves.

Now that you’re back in the country, can we expect a tour or an album in the near future?
Yeah, I’m planning some interstate shows with the band over the next six months, then I’d really like to record with them after we’ve been on the road. I’m not sure whether that’ll be a record or a follow up EP.

In an ideal world, who would you like to collaborate with?
Geeez, I would love to write and play with John Mayer, Dallas Green, Sia, Chris Martin, John Lennon, Subfocus..  Maybe we could form a supergroup?

Larissa McKay will be playing at Festival of the Sun this weekend in Port Macquarie alongside artists including Ladyhawke, Dan Sultan, and Art Vs Science! The festival is now sold out so if you missed out on tickets, make sure you get in quick in 2012!