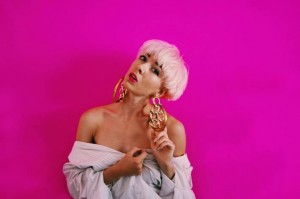 Here’s what we’re listening to at Lip this week!

‘Ride’ is the debut single from SLK, an Alt-Soul singer from London, who has taken the dark and seductive R&B popularised by The Weeknd and put her own unique spin on it. ‘Ride’ is the soundtrack to a slow embrace, one that’s seductive but unassuming, haunting but hopeful. Keeping a steady pace from the slow-burning beginning to the melodic end, this track is a subtle gem and we can wait to see what SLK does next.

Continuing the British theme, we have ‘Fever Boy’ from Femme AKA English vocalist Laura Bettison. ‘Fever Boy’ is a perfectly crafted pop song – fun, punchy and with a whole heap of sass. There’s something distinctly European about this colourful brand of pop, but it also feels comfortably Californian – loud and proud, bright and tight. The vibrant layering of instruments fits snugly around Laura’s practised vocals, and the result is something you’ll want to listen to again and again.

Vancouver Sleep Clinic is 17-year-old Tim Bettinson. It’s best to digest that fact before listening to ‘Collapse’, because otherwise you will feel woefully inadequate. At 17 I wrote fanfiction. At 17, Bettinson has been handpicked to support London Grammar on their upcoming Australian shows and has just released this beautifully gentle track. ‘Collapse’ feels heavy and light at the same time, which is evidence of musical maturity. The track is ambient, twinkling, a little James Blake-esque, and absolutely deserving of the hype coming its way.

Melbourne outfit Back Back Forward Punch have released their third single for the year, ‘Emergency Bow Tie’, just in time for summer. This little slice of disco pop is the 80’s and the 90’s and the 00’s all rolled in to one. Electro nostalgia is combined with basslines and electronic layering that are decidedly now. The vocals are fresh and the beat calls for a dancefloor – this is definitely for your holiday playlist!

This track is for those who like their music gritty, hazy and guitar-driven. Danvers is the solo project of Fire! Santa Rosa, Fire!’s singer/guitarist, David Williams, and ‘Oh Darling’ is his second release. Homely but polished, the track blends bluesy Jack White influences with heavier indie-rock nods, and unfurls in an unhurried, immensely satisfying way.