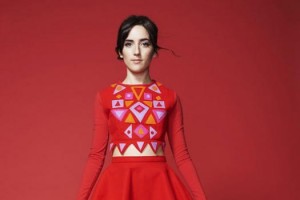 Here’s what we’re listening to (and watching!) at Lip this week

She – I Know Leopard

This track, by the 70s influenced four-piece, is the type of song that doesn’t demand too much, instead wrapping you up gently in dreamy, feel-good summer vibes. The vocals on this track hark back to a day when beachy indie music filled our ears, and in this case, the throwback is a very, very good thing. Starting slowly, this builds and builds until it gets to jangly, sing-a-long bliss. The foursome are touring the East Coast in November, so make sure you check them out if you like what you hear!

This recently released cut from the 22-year-old beat-maker is the first single from this year’s forthcoming EP. ‘The Good Life’ combines lush vocals with synth-laden, dance-ready production and the result is a very sophisticated offering, which really showcases the Sydney-sider’s musical development since last year’s Crystallise. It’s a good time to be making electronic music in Australia, and a solid representation of females making this kind of music is long overdue. Clearly, Elizabeth Rose is leading the pack.

Eleanor Dunlop is the ex-Cameras lead vocalist and this latest solo offering is a stunning one. Eleanor’s voice is an absolute treat to listen to, her vocals soaring and dipping around the delicate melody. The yearning that laces her voice makes it abundantly clear that there is raw emotion behind the lyrics. ‘Disguise’ is getting plenty of triple j love at the moment, so it’s no doubt that her sound will be a must-have at festivals in no time.

Phoenix Martin’s voice is almost otherworldly. It’s velvety and steeped in nostalgia, unbelievably sweet, while never verging on saccharine. Each chord twinkles around her voice as it delves deep into love and heartbreak, and strings create an atmosphere that is big, but also hushed. Already gaining critical acclaim and festival spots, the London-based singer-songwriter is on the rise, and upon listening to ‘Sideways’, it’s very easy to see why.

The 9-piece from Melbourne have had a good year. Industry acknowledgement and plum festival spots have given way to critical acclaim up and down the country. ‘Hands’ is a perfect example of why Saskwatch are deserving of the success that has come their way, with an infectious, feel-good melody and powerhouse vocals. The band are just about to embark on a tour for the single, and needless to say they’ll be bringing the same infectious energy to their live act.