outing disability: dispelling myths about the sexuality of people with a disability 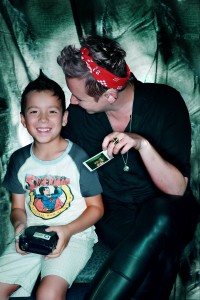 A few years ago I went rummaging on Amazon to find something that doesn’t cross most peoples’ minds. I purchased a book called The Ultimate Guide to Sex and Disability. I bought this book so I could flip through the pages and hopefully recognise a little bit of myself in them.

Growing up with a mild but visible form of cerebral palsy, everything was a negotiation, from the braces on my legs to getting up and down stairs, right down to constantly explaining to strangers what was ‘wrong’ with me.

Perhaps the biggest challenge was during adolescence, when I was desperate to explore my burgeoning sexuality. Rather than experiencing the normal rites of passage most teens get to have, my sexuality was treated as a punchline to a bad joke.

It’s always been a tricky subject because there seems to be an unspoken agreement that individuals with disabilities are the sexual equivalent of store mannequins. This myth has plagued the disabled community for a long time. However, the gap between sexuality and disability is slowly closing.

An exhibition called ‘Outing Disability‘ is lifting the veil on the sexual identity of disabled people and the wide array it comes in. Family Planning New South Wales (FPNSW) have collaborated with acclaimed photographer Belinda Mason to hold the exhibition, which is now in its second year.

FPNSW hopes to remove some of the stigmas that come with having a disability. The exhibition does focus on disabled individuals who identify as Lesbian, Gay, Bisexual, Transgender, Intersex or Questioning (LGBTIQ). But regardless of the subjects, it highlights that people with disabilities are sexual beings.

‘People with a disability are often assumed to be asexual and therefore lacking a sexual or gender identity,’ FPNSW said. ‘They may also be assumed to be exclusively heterosexual.’

Yvette Philip is one of the 23 participants in this revolutionary exhibition. Yvette was born with neural deafness and identifies as a lesbian. Growing up, Yvette wore hearing aids and received speech therapy; she has been able to hide her disability for the majority of her life.

‘I grew my hair really long so you couldn’t see that I was wearing hearing aids, I just didn’t want to draw attention to the idea that there was something wrong with me,’ Yvette said.

She admits she had a different set of challenges and that her high school years were marked by girl crushes, which she kept secret. While she explored a same-sex relationship during her 20s, it wasn’t until her mid-30s that she came out to her family and friends. She credits the birth of her son, Kaidon as the push she needed to come out as gay.

‘Becoming a mum was such a massive moment in my life and I can’t have this child who looks up to me for absolutely everything and not be truthful to who I am,’ Yvette explains. ‘I wanted to be a good role model to him.’

Yvette did have reservations about coming out, because there was now the added burden of having another stigmatised ‘label’ attached to her name: ‘Even at that age when I did come out I still wasn’t very open about my hearing. That was still too much of a big hurdle.’

However, Yvette faced a challenge that would force her to finally confront her disability. Almost three years ago she was diagnosed with an aggressive form of ovarian cancer, it required intensive surgeries and three months of chemotherapy.

‘I couldn’t hide behind my hair anymore,’ Yvette said.

Shortly after her cancer was in remission, Yvette came across a proposed photo exhibition and decided to plunge head first. ‘It was a really lovely experience because I had Kai with me… It was kind of like therapy.’

The exhibition was first displayed last year in Sydney, ‘The exhibition has gone up to Newcastle now, which is a little bit scary for me because in Sydney I’m anonymous,’ adds Yvette, who grew up in Newcastle.

While Yvette Philip is now in a place where she is more comfortable with the facets of her identity – her disability and her sexuality being pieces of that puzzle – she concedes her disability made it more challenging to come out of the closet.

‘I think hypothetically speaking, if I didn’t have the hearing impairment, it would have been easier to come out.’

This raises an interesting dilemma, social minorities (in all forms) have always dealt with an attached set of challenges. But the fact that disabled individuals are reluctant to speak so openly about their sexuality suggests that we are only permitted to fit in one box. It remains unclear whether mainstream society is ready to accept disabled sex or if it still makes them squeamish.

The Outing Disability exhibition will be on display at the Lovett Gallery in the Newcastle Region Library until May 30th. Entry is free.