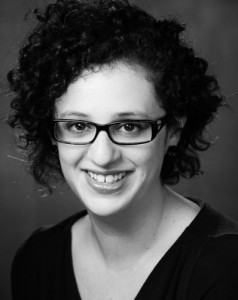 Describe your work in 3 words:
I write things.

What are your current projects?
I’m an Associate Playwright in Residence at Griffin Theatre.
I am plugging the hell out of my short film Bat Eyes to send it (and me) to Venice.
I am putting on a short play called Pigeon as part of Bondi Feast next month. (17 and 21 July 2012 at Bondi Pavilion).
I am developing a play about young women and the ways we discuss and perform sexuality called Hook Up with director Stephen Nicolazzo, in a residency with Arena Theatre Company later this year.
There are about a zillion more things I have applied for and am waiting to hear if I’ve got them and I call this process ‘EXHILARATING LIMBO.’

How did you get involved with Bondi Feast? And what is it?
It’s a festival of theatre, music, comedy and more fun things being staged in the Bondi Pavilion in July this year, produced by the Tamarama Rock Surfers Theatre Company. Apparently there will be hot alcoholic drinks, like whiskey toddies and whatnot. They asked me to write a short play about Bondi, and I worked with dramaturg and director Lara Kerestes to do just that. My play will be performed on 17th and 21st July.

What was your inspiration for Bat Eyes?
When writing these pieces at atyp Fresh Ink National Studio, we were instructed to bring in a piece of music we loved when we were 17. I chose ‘Bound to Ramble’ by John Butler Trio, and the line about “walking blindly” really stuck. I started to explore blindness – physically and emotionally – and these characters came to life. I then looked for the requisite Yeats poem to get me started (pretty much everything I write is inspired by a poem) and the rest unfolded.

How does it feel to see Bat Eyes in the format of a film?
I love having a living breathing artefact of a story that I wrote! I think it’s such a sweet and lovely story, and one that people can relate to no matter what life experience they’ve had. We’ve all felt regret, shame and longing, just in different ways. I like to tap into human experience that is universal, and I think poetry is an immediate way to do that.

What generally inspires you?
Poems, dogs and flowers.

Have you ever had writers block?
There was a period when I was grieving for a while and I didn’t want to write – I was also quite busy with family commitments – and I didn’t feel inspired to do anything creative for about 6 months. Finally I felt a little scratch, or itch, or something, sat down at my desk, and the dam burst. Man, that’s a good feeling – like taking off a really heavy backpack. I think if you’re not feeling creative, you shouldn’t force it. Go for a walk or something, instead of eating chocolate.

What excites you in the theatre world?
Merging of different art forms – such as text-based theatre with dance, like Kate Champion’s work and Frantic Assembly.
Artists responding to current events and topical issues in exciting ways – like Version 1.0.
Theatre that is urgent, passionate and unapologetic.

What do you have to say about the current study about women in the theatre world?
I think Lally Katz hit the nail on the head writing about it here.

On a larger level we need to be thinking about why some young girls don’t assume they can be cultural rock stars in the way some young boys do. Who or what is teaching us that we should be polite, self-sacrificing team players, at the cost of a meteoric rise to the top?

Or more problematically, who is teaching young boys that they deserve stardom young and early, without putting in the rest of the hard yards with us shmoes down in the dirt, stage managing and selling programmes at their premieres?

How do we engender (pardon the pun) the idea, early, that team-playing, common pursuit of an ideal, and sacrifice of ego for the good of the art, are important aims?