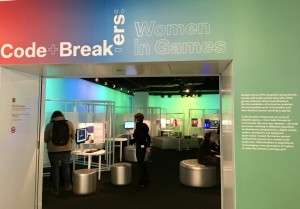 Did you know that about 50% of gamers are women? This isn’t a new fact, but it is still contested on a regular basis. Considering that gaming culture is comprised of a mix of young and old, guys and gals (and everyone in between), it’s surprisingly not the most welcoming space.

Back in 2014, a new movement arose on the internet: Gamergate. While the movement’s supporters claimed that they were fighting to improve journalism ethics in gaming, what ended up happening was markedly different. Game developer Zoe Quinn, pop culture critic Anita Sarkessian and actor Felicia Day were some of the many women lambasted online to silence their voices within the gaming community. They received a cascade of anonymous death and rape threats, highlighting the extremes of insidious harassment that women receive online on a regular basis.

While these may seem like odd, disjointed threads, the central theme that emerged from Gamergate was the idea that the very identity of the gamer was under threat. After all, the gaming community is not just about playing video games. Rather, it is about being able to participate in the fandom, to explore new ways of interacting with the world, letting off steam at the end of the day, and discovering new stories. It’s a participatory medium, and it’s been the foundation of a lot of people’s childhoods. The idea that some women could criticise the prevalence of hyper-masculine and violent games threatened that nostalgia, and some people’s sense of self.

Despite the fact that the Gamergate movement emerged in 2014, the year we were all throwing buckets of ice over our heads, and reeling over the Jay-Z/Solange showdown, the harassment of the past is still relevant today. The reality is that a lot of gaming is found online these days, meaning that there are plenty of avenues for crafty individuals to anonymously send hate. With internet speeds getting faster, and tech specs getting wilder, we’re not going to see that change anytime soon.

Instead, what we do need to see a change in is gaming culture itself. Beyond hyper-masculine games. Beyond violence.

That’s where Code Breakers comes in.

Code Breakers is a free exhibition in the heart of Melbourne, showcasing Australian and New Zealander talent of indie game developers, made by women, for women.

Entering the exhibition space, the room is neatly set out with a number of stations, a game and seats at each. Some, like Little Big Planet, were released a few years ago to critical acclaim. Others, such as gorgeous puzzle game The Gardens Between, are yet to enter the market. Many of the titles are available across multiple platforms, including PlayStation, PC, Mac and XBOX. But what really sets them apart is the themes that they tackle.

One title, SPARX, stood out for its emphasis on treating depression. While at first sight, SPARX’s aesthetic might remind you of the classic Bioware darling, Star Wars: Knights of the Old Republic, its real draw came from the in-game challenges founded on cognitive behaviour therapy. While it would be great to see widespread gaming to combat a mental illness as common as depression, SPARX is currently only available in New Zealand, meaning thatentry onto Australian shores is even more of a treat.

Ninja Pizza Girl brought back memories of spending hours pretending to be Jackie Chan as a kid. But, this was even better. Think time-trial platformer, where your main character is a pretty cool sixteen-year-old girl just trying to get by and support her family. The gameplay itself is ridiculously engaging, and in its story there is an element of social commentary that speaks to a world still feeling the aftershocks of the Great Financial Crisis.

The mainstream gaming industry has continued to produce brutal output of games that idealise abusive relationships, overtly sexualize their female characters and ignore the interests of a clear majority of its constituents. The spirit behind Code Breakers and showcasing these games is creating an environment where people can see themselves represented in the characters on screen. The focus is diverted from the AAA game industry’s fascination with blockbuster titles built on gun-toting scruffy men saving cardboard cutouts of women. Instead, multiple experiences, such as mental illnesses, financial hardship and heartbreak, can be explored gently on screen.

Playing these games at ACMI proved that the landscape of the gaming community is changing, slowly but surely, to include everyone and stop the silencing of women in the online gaming community.

Code Breakers is open to the public 10am-5pm until the 5th November 2017 at ACMI.