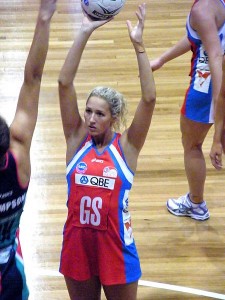 Recently the ANZ netball championship took place at Hisense Arena in Melbourne, and was played between the Melbourne Vixens and the Queensland Firebirds. State netball is a sport which is flourishing across the nation, which was demonstrated by the impressive crowd present at the final game of over 9000 fans attending the Sunday afternoon game.

The Melbourne Vixens emerged victorious in the final, winning 53-42, an impressive victory against a formidable opposition in the Firebirds, who were playing in their third grand final in four years. The Firebirds have a very impressive team list, including international powerhouse player Romelda Aiken from Jamaica. However, the Vixens showed ample endurance and resilience enough to emerge victorious, under the leadership of their captain, Bianca Chatfield, and coach, Simone McKinnis.

Not only was this victory impressive and courageous, it was also an emotional victory for 38 year old Vixen Catherine Cox, who was playing her last game. She was brought into the game in the last term and shot an impressive six out of seven goals. She has stated that she only missed the final shot due to her having ‘tears in her eyes’.

The grand final most valuable player award went to Vixens goal attack player Tegan Caldwell, who shot an impressive 30 from 33 shots on goal, but also provided invaluable skills and intercepts throughout the game, which capped off what has been a stellar season for her.

The Vixens victory was made even sweeter when considering that they were the runner ups in the 2012 season, where they succumbed to the New Zealand team Waikato Bay of Plenty Magic 41-38. They also now hold their title as they did back in 2009.

The ANZ Netball Championship has now been running for seven years, and comprises of ten teams from both Australia and New Zealand. The season commences with a fourteen-week Round Robin format. From this Round Robin stage, the four highest ranked teams progress to the finals series, and, from here, the two teams are decided through a series of semi- and preliminary finals. The games are played under international netball rules, excepting the allowance of coaches to talk to players during time stoppages, and extra time allowances if the game is a draw at the conclusion of four quarters.

Despite the Vixens impressive win at these championships, their victory is not to be savoured for too long. Their celebrations lasted under a week, with a handful of players beginning their training camp for Australia’s Commonwealth Games campaign, to be held in Glasgow in under a month. These players, including MVP Caldwell, captain Chatfield and Madi Robinson, have certainly proven why they have been selected for the national team. Here is hoping that they are equally successful in their Commonwealth Games campaign as they were in the ANZ Championship.

It was not until the final term that the Vixens ever looked as though they were going to win the match. They were never further than five goals in front, until an impressive final term which they won 16-8, which saw the Queensland Firebirds become the runners-up for the second year in a row.

Captain Chatfield had this to say about the Vixens’ victory: ‘It’s always been a game of persistence against the Firebirds…We don’t usually get the rewards until the final term and it was just about keeping positive and eventually it will come our way. They threw everything they had at us and I knew we had more to give, to win by 11 goals is incredible.’ Chatfield also credited the ‘professionalism’ of the team’s younger players, Elizabeth Watson and Kate Moloney, as the reason why the team was able to achieve their ultimate success in the championship.

Despite all of these great performances and a clearly great team, what is even more encouraging to see is how the sport is thriving through Australia and New Zealand’s involvement in this championship. The crowd numbers have been fantastic, and support for the teams has been on the increase with each year.

Want more women’s sport news and views? Stay tuned for the next instalment of Chicks With Balls on Lip next fortnight!