arts news: the weekly wrap up 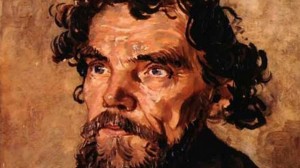 The National Gallery of Victoria (NGV) is under pressure to return a painting claimed to have been looted by the Nazis. Swiss Lawyer Olaf Ossman claims the painting “Head of a Man” is a Van Gogh sold under duress by wealthy Jewish industrialist Richard Semmel in 1933 when he fled the Nazis. Although tests have revealed the painting was not painted by Van Gogh, but most likely  one of his contemporaries, the NGV has promised to follow due processes and examine the claim (ABC News).

In other art-theft related news the National Gallery of Australia’s $5 million dancing Shiva, an 11th Century bronze statue, has been found by a New York court to have been looted from a Sivan Temple in India’s Ariyalur district in 2006. Stolen as part of an international antiquities looting operation worth 100,000,000 US dollars, the statue was delivered to the NGA in 2007. Despite criticism, the dancing Shiva remains on display at the NGA, along with other artefacts purchased from the source, disgraced antiquities dealer Subhash Kapoor (The Australian).

Arts Law has received major funding from the Australia Council for the Arts. In addition to triennial funding from the council for 2014-2016, the organisation will receive $200,000 through the Australia Councils Unfunded Excellence Program. A major win for Arts Law, the funding will allow it to increase its capacity to assist Australia’s artists and creative organisations navigate the increasingly complex legal issues of the present arts environment (Arts Law).

Art Month Sydney has announced it will again be presenting a city-wide celebration of contemporary art in 2014. Featuring a world-class selection of international and Australian artists, art-based talks, workshops and industry events, the festival is running 1- 23 March 2013.

Got any hot, arts related, leads you think lip should cover? Don’t be shy, shoot over an email to [email protected]!