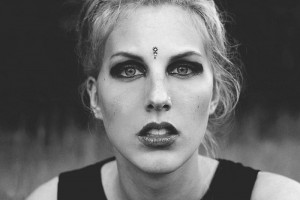 Coachella fashions in the past years have stirred raucous debate, with the terms ‘cultural appropriation’ and ‘racist’ thrown about over Twitter.  The feathered headdresses of the Native American people and the bindis and henna of the South Asian cultures have been embellishing the bodies of people who do not understand the significance of these cultural and religious symbols.

The 2014 Coachella festival was no different; the most popular arguably culturally inappropriate fashion trend of the two-weekend festival was bindis. Celebrities such as Vanessa Hudgens led the way, flaunting her forehead adornment on Instagram over the weekend with the hashtag #bindipower. Alongside Hudgens, Modern Family’s Sarah Hyland, reality TV star Kendall Jenner, and Hudgens’ fellow former Disney starlet Selena Gomez all sported this ‘fashion trend’ throughout the festival. Twitter was ablaze about the inappropriateness of these ladies’ and their fellow festivalgoers’ actions and fashions, but sometimes it seems like all people know about bindis is that they’re Hindu.

Traditionally, the bindi was worn in Hindu culture between the eyebrows, in the place of the sixth chakra, the third eye chakra, a place of concentration, intuition, and intelligence. These traditional bindis were made of vermilion powder and were either placed with a skilful finger or an aide. Different Hindu cultures wear the bindi in different times of their lives, and even now some cultures and areas continue to be stricter than others. In the north of India only married women wear the red bindi, while towards the south, women and girls are given the choice to wear one. It is here in the south of India and in Bollywood, formally known as Hindi cinema, where the culture and significance of the bindi has evolved and changed the most.

There is a significant difference between the traditional vermilion powder bindis and the adhesive ones that can be bought in stores not only in South India and Mumbai, but also around the world. The new adhesive bindis are clearly being designed for their looks and ease-of-use, rather than to adhere to a religious or cultural standard. This is not all adhesive bindis, of course, as some do resemble the traditional-style, however, many Hindu women are now using these newly styled bindis as fashion accessories as well as religious marks. Bollywood actresses such as Madhuri Dixit publicly stopped wearing traditional bindis and switched to the more fashionable and stylised adhesives for general use.

I guess the question is, where does cultural appropriation stop and globalisation begin? When did it start to be okay to eat sushi from Japan and drink Chinese herbal tea, and will it ever be okay that Gwen Stefani was wearing a bindi while singing in No Doubt? It wasn’t the traditional bindi that signifies marriage, and no one who went to Coachella this year wore vermilion powder either; every Westerner who wore a bindi to Coachella this year saw a part of another culture that evolves and adapts to modern fashions and thought it was beautiful.

But, unfortunately, right now, that’s not going to cut it. It is not going to wipe out the racism and oppression that Hindus face when they do wear their traditional bindis, henna, and clothing, or what they face for simply having the wrong coloured skin. Celebrity culture and the music industry play a huge role in the ever-changing trends. Recent artists who have used other cultures for their own gains include repeat offender Katy Perry in her Dark Horse music video and her AMA performance, Avril Lavigne in her Hello Kitty music video, and Lady Gaga publicly wearing a burqa. Celebrities are role models and when they appropriate and fetishise other cultures many of their fans don’t view their idols’ actions as wrong. The correlation between music and fashion, between celebrity and adulation, becomes apparent at events like Coachella, with so many festival-goers following the trends set by pop culture icons.

Maybe in the future there will be a change, and the non-traditional bindis will be a part of Hindu culture that all can share in. Until then, it is the responsibility of those who see cultural appropriation in all its forms to call it out, from bindis and henna at Coachella, to Avril Lavigne’s Hello Kitty music video.

What’s your take, Lipsters?
Do you think wearing bindis counts as cultural appropriation, insensitivity and racism? Or just a globalised fashion trend?
Share your view with us in the comments!