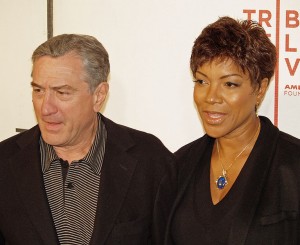 Picture this: you’re into online dating and log on to check your profile. You have received a message of interest from a user from what you perceive to be a different ethnic background to your own.

What do you do? While you, dear Lipster, may be inclined to see where things lead, internet dating services in the USA are increasingly gathering data which shows ethnicity* is a barrier to finding love on the World Wide Web.

The most recent survey by dating service ‘Are You Interested’ has found that Asian men are seen as ‘less desirable’ to the opposite sex** than their female counterparts. On the flip side, Asian women were more likely to be contacted by men of any background than other women.

Despite figures such as Bruce Lee, the Yakuza and other ‘tough’ guys on the periphery of western consciousness, Asian men are receiving a bad rap on the dating scene, arguably because of racist stereotypes that position Asian masculinity as ‘more passive’. As such, the references to Asian masculinity I’ve mentioned are still flawed: my own memory recalls martial artists and bad guys portrayed in media as opposed to leading roles.

Despite the prejudices – or even fetishes – afforded to people of Asian diasporas, this is indicative of broader trends when it comes to interethnic dating. Consider this: the overwhelming majority of all ethnic groups (Caucasian, African-American, Asian, Native American, Hispanic, and more) surveyed by rival online dating service OKCupid in 2009 didn’t have an issue with interethnic marriage. That’s right: the big, bad M word. The highest percentage against interethnic marriage was 7% (here’s looking at you, Caucasian Americans) – So overall, less than one in ten people had an issue within each group.

However, data regarding preference to date within one’s own diaspora showed stronger feelings, particularly among women. While comparatively low in most groups, the percentages still were seven times more as in the case of Caucasian women (54% only want white dates). This is apparently a tendency which gets stronger with age, as SpeedDate report that 70% of women over 60 want to stick exclusively to partners of their own ethnicity.

Overall, however, most data shows white men as the most desirable to a broad range of ethnicities, with white men receiving the most responses from women of any ethnicity. Issues of colonisation and cultural imperialism undoubtedly come into play here. Then take into consideration the increasing number of deracialisation procedures that men and women undergo each year and you can really see the impact.

We know the patriarchy not only disadvantages women, but men too. One could argue that Caucasian masculinity imposes itself on other ethnicity’s ideas of gender and identity. This has had an amazing impact on how people view themselves and – to get back to our original survey – particularly Asian-American men. As Justin Chan examined in an article for PolicyMic, his early years were spent in fear of rejection by non-Asian women due to cultural differences.

‘I rarely had the courage to express my feelings because I was too worried about the what-ifs,’ he wrote.

Idealising – or even fetishising, one ethnic group over another can’t possibly be caused solely by physiological signs of fertility, as science would have us believe. Consider the Australian media. As a journalism student, I hate blaming media for things, but it’s no question that, in addition to being able to challenge the system, the media can also reinforce ideas of beauty, sexiness, etc. All of which are ethnically and racially specific.

While I write this, I consider: how this has affected me? As an Australian of both Mediterranean and British descent, I find myself less attracted to Mediterranean men than any other ethnic group. Which is funny because, well, imprinting is meant to be a big deal and people apparently choose partners like their parents (ew.) While I feel it has something to do with the ongoing scars of seeing my dear, old, Italian Dad in speedos, I don’t doubt that I have been socialised to like ‘white’ men more than guys like Dad.

Racism is as alive and well in online dating as it is in the rest of society. While we’re seeing miniscule objection to interethnic marriages, we’re still seeing a ‘not my cup of tea attitude.’

What do you think, Lipsters? Would you date someone of a different ethnic background to you? Why? Why not?
Do you think the media and other social institutions have influenced your choices of partner? In what way?
Share with us in the comments!

*Race is pseudoscience. For the majority of the article, I have used the term ‘ethnicity’ or other terms identifying the various cultures of the world’s peoples. Racism and de-racialisation, however, are used as terms to describe the prejudices that occur due to the legacy of ‘race’ as a concept.

**While this article focuses only upon heteronormative relationships and dating, here at Lip we fully recognise, respect and celebrate the myriad of relationships between individuals of all gender and sexual identities.