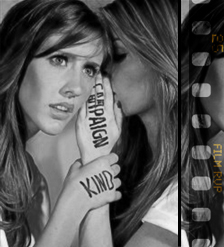 About two weeks ago I came across an ad online that stated I could win the chance to watch the Breaking Bad finale with actor Aaron Paul in Los Angeles. As a huge Breaking Bad fan I immediately clicked on the ad and was linked to a page for a company called Omaze.

Omaze was started up by a couple of guys who believe that amazing, once-in-a-lifetime experiences should be available to anyone. It’s a company that creates campaigns in which anyone can donate money to a nominated charity and by doing so get a chance to win a special experience offered up by an actor, celebrity or famous person. Experiences they have on offer at the moment include the chance to hang out with Hugh Jackman in L.A. (if you donate a minimum of $10 to the Motion Picture & Television Fund) or perform on stage with comedy stars (if you donate a minimum of $10 to The Young Storytellers Foundation). I am not a huge pop culture buff and don’t care as much about hanging out with Hugh or meeting the cast of True Blood as much as I’m sure some people would be.

However, what I think is truly fascinating and what actually caused me to shell out my hard-earned $10 to get a chance to fly to L.A. for the series finale (and you can tell that I didn’t win because otherwise at this exact moment I’d be in L.A. instead of sitting at home in Sydney waiting until the show airs on Aussie TV channels later tonight) is the fact that this company really does give to good causes. The one that the Breaking Bad experience has funded is called the Kind Campaign – which is the real reason why I am writing this article.

Molly Thompson and Lauren Parsekian founded the Kind Campaign in 2009 after they both recognised that females experience a lot of girl-against-girl ‘crime,’ especially in high school. This campaign seeks to raise awareness of girl-on-girl bullying – something that seems to have become a norm in society, which can lead to depression, loss of confidence and self worth, eating disorders and drug abuse and also can lead to suicide. You can read all about the good things they are doing on their website. They offer school assembly events across America that teaches kids how to be KIND. You can also make a pledge, say a truth or make an apology on their site, which I recently did.

You see, as a girl growing up in America, I experienced a lot of this so-called ‘crime.’ I went onto the site today and made both an apology and told a truth to a group of girls that I was very close with back in high school.

My story is not an uncommon one. I am not sure what bullying is like down here in Oz, however in America it really is a norm for pubescent girls to basically attack each other every second they can get. My parents, teachers and other friends told me that it was just a ‘girl thing’ to act cruel, or that they were really jealous of me and so were acting out, or that I should just join them instead of trying to beat them.

None of those things actually worked in making the situation better or in making me feel better about being absolutely excluded from my entire group of friends just over some stupid misunderstanding.

It really does work both ways, and the Kind Campaign recognises this, as their slogan states ‘We’ve all been the victim, unfortunately we’re also the cause. Help us change.’ I am pretty proud to say that my $10 went straight to them, and thanks to the Breaking Bad competition, the Kind Campaign has recently gained a $1.8 million dollar donation!

Do you think we need a similar charity in Australia to help stop female bullying? Let us know in the comments below!