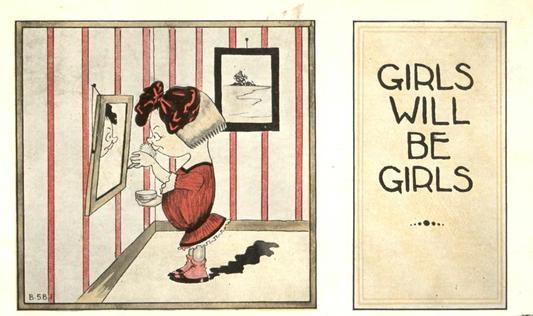 I wake up. I get in the shower. I use my body wash. I shave my underarms. I wash my hair with special shampoo. I dry off, moisturize and use deodorant.

I put perfume on. I put my face on – mascara, foundation, concealer, blush, lipstick. I primp and prime.

I perform the routine of femininity that practically every woman does every day of her life, from a young age, until an old age.

I’d never really thought about it before. It was just something I did, something I thought everyone did. If you asked me why I did it, I would have had a confused expression on my face and a response along the lines of: “But that’s what everyone does.”

It wasn’t until this year that I started thinking about why I perform femininity the way I do.

I identify as a femme female. I rarely wear pants, I like wearing makeup and perfume. But there have been times when I’ve thought: “I wish I didn’t have to wear this, I wish I could ‘get away’ with leaving my legs hairy.”

It is so deeply ingrained in our consciousness that it’s expected of females to complete these tasks in order to be taken seriously, to be seen as real women. I’d argue that as a fat woman, these tasks are seen as even more important. The stereotype of the lazy, fat slob, who doesn’t care about her appearance, and therefore, herself is still very alive and well in society. I honestly (and probably pessimistically) don’t expect much to change. The advertising industry plays on these ingrained thoughts and feelings in order to make money off our insecurities and we will probably continue to believe them until the end of time.

I know many brave women who have rejected the norm and rail against performing aspects of femininity. Whether it’s not shaving their body hair, wearing “unfeminine” clothing or speaking out against this type of pervasive action and thought. They challenge a preconceived notion of being female, their identities as women and what that entails.

Myself? I think it’s a step (a small one, but still a step) that I recognise I have been conditioned in this way. Advertising, taught behaviour and learned behaviour have all played a part in shaping me into the female I’m “supposed” to be. By raising awareness and speaking out against it, I hope to make others question what they’ve always thought of as “normal” or how it’s always been done. I expect to be challenged. I expect to examine my conditioning. It may be upsetting, but ultimately, I feel it’s empowering.

One thought on “performing femininity”