riding in trains with girls: turning 18, growing up too soon, and the advice I didn’t give 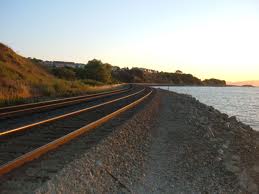 While seated on an overcrowded Melbourne train a few days ago, I had the pleasure of listening in to a conversation between two teenage girls. Both in their final year of high school, wearing the classic checked-dress public school uniform, they were discussing what they thought life after school would be like.

‘I can’t wait to go to uni,’ one said, her voice full of longing. ‘I just want to meet people who are like me, you know, who are into all the stuff I like.’

I had to stifle a smile at this – how often had I said the exact same thing in my year 12? I had this daydream about an amazing new group of friends, all of them cool and suave and passionate about social justice and literature, exactly like me.

Ironically, here I am at 23, having graduated from uni over a year ago, and my best friends are the same girls I started high school with, 11 years ago. Sure, I made a lot of wonderful friends in university (arguably, my best friend these days is actually my boyfriend, and I met him working on the student newspaper at uni), but what made them so great wasn’t that they were ‘just like me’ – it was precisely how different they were from me that drew me to them.

Being a teenager, living in the town you grew up in, and being surrounded by the same people you knew in primary school can make you feel misunderstood, or stale. I wanted so much to turn to those girls on the train and say, ‘Make new friends – that’s a valuable and amazing part of going to uni (right along with learning shit you don’t realise you’re learning, and finally figuring out your coffee preference). But please, please, try to hold on to the friends you have, as well. Those people are the ones you’ll want to call when you rediscover your old high school journals, or when you get your first job, or when you find out that Spice Girls are doing a reunion tour!’.

Then I heard one of the girls say something else. She was talking about her upcoming birthday, and how grown-up she had started feeling.

‘I kind of think that when I turn 18, I’ll start being treated like a woman,’ she confessed. ‘But I was talking to Tahlia the other day, and she said nothing changes. And she turned 18 a few days ago!’

18 was meant to be transformative, wasn’t it? The first year out of high school, the first year when you got to be in charge of your own fate. No teachers, no regimented schedule, no rules.

I had a similar frustration to my young train companions when I turned 18. The youngest of four kids, I was always the ‘baby’ (seriously, my mum and dad still get me mixed up with my three-year-old niece regularly. I mean, come on).  I always had this sense that everything I achieved was ‘cute’, that my goals in life were ‘sweet’ the way that a finger-painting is cute, or sweet.

I responded to what I saw as general condescension by getting angry, and trying my hardest to grow up as quickly as possible. I tried to change my fashion sense, tried to move interstate (only to move back, desperate for my mum after a month), tried to distance myself from my family just by acting differently.

‘When will things change?’ I used to wonder. I was so busy being frustrated that I almost missed some of the most exciting, enjoyable years of my life.

Looking back on it now, with my 20-20 hindsight, I can see that there would never have been any point in someone telling me to do things differently. Being confused and reckless, and rushing to grow up is part of being an 18-year-old. But I do wish I had let myself grow at my own pace, instead of trying so hard to stand on my own two feet before I was necessarily ready.

There weren’t any big consequences for me – it’s not like in my hurry to grow up, I got pregnant too soon, or lost my friends, or contracted a nasty STD or anything. But I did spend a lot of my late teens feeling disgruntled and stressed about falling behind, when I could have been enjoying the last few years where I didn’t have to be a grown up.

I know that 23 is not very old. In fact, 23 is ridiculously young in a lot of ways, and just because I now have a lot of financial responsibility, doesn’t mean I’m a boring old fogey with no freedom.

But I can see those years of freedom slipping away now – now that I have a full-time job, and a steady relationship, and I have to pay rent and bills and can’t just spend a Wednesday night watching Hillary Duff movies and binging on junk food with my girlfriends. (Actually, I still do that last one, but now I have to wake up at 7am for work). It’s exciting to move into the next phase of life, but I am still ridden with nostalgia for my teenage years, when everything was thrilling and far off in the future.

The girls on the train eventually started talking about music festivals and their teachers, and I tuned out while thinking about my own high school years. As much as I kind of wanted to give them the wisdom of my years, I also knew that would be completely inappropriate and unwanted. Not just because I was a stranger, but because there’s nothing more condescending than advice from someone less than 10 years older than you.

I think we often talk about young people as if they’re stupid, or desperately in need of guidance. But sitting next to those girls, and listening to them talk, I felt kind of relieved. ‘These girls are going to be just fine,’ I thought. ‘Shit, they’re smarter than I was at that age, and I’m hardly a failure!’.

I got off the train without offering unsolicited advice, but I did smile at them both before I left. They gave me weird looks back, but then, who the fuck am I? Just some random adult on the train, to them.

2 thoughts on “riding in trains with girls: turning 18, growing up too soon, and the advice I didn’t give”