sometimes, I pay for my boyfriend’s dinner – what’s the big deal? 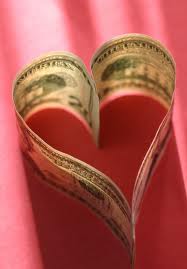 In this modern age, relationships aren’t as one sided as they used to be. Whether you meet someone in the work arena or you go really modern and meet your match on a site such as eHarmony.com.au, you can expect that person to want an equal relationship. But that’s not to say everyone else will feel the same way.

The other night, I visited a local restaurant with my boyfriend. We had a lovely meal and chat, and when we were done we headed to the till to pay. The waiter tallied up the amount, and then turned automatically to my boyfriend and said, ‘That’s $65, thanks.’  At this point, I stepped in, handed him a card and told him to pop it on credit.

I couldn’t help but notice the faint look of surprise on his face – visible for only an instant, but registered anyway at the fact that it was I, and not my boyfriend, who was picking up the bill.

As we left, I asked my boyfriend if he had noticed, and he admitted that sometimes he did notice that waiters would seem surprised or judgmental when I paid for things for him. Not necessarily that I’m paying, but that I’m paying for both of us. On the flip side, if he pays for our groceries or dinners, nobody bats an eyelid. Similarly, no one bats an eyelid if he then carries all the shopping bags, drives the car, or opens the door for me.

Within the context of a modern relationship, there are a lot of traditional boundaries that are being pushed when it comes to gender roles. The fact that I might earn more than my boyfriend, or that we might separate household costs differently is starkly in contrast to what people expect from heterosexual relationships.

I find this difficult on a number of levels. For a start, dating is already a bit of a minefield when it comes to power structures and defining boundaries. When I have been out and had the guy pay for me, I usually end up feeling a bit awkward, like I owe him something. That’s not to say that he expects anything, but the tradition of a man paying on a date is somewhat transactional, and does seem to imply a hidden cost to the woman that might be extracted at a later date.

I like paying for meals for my boyfriend for a couple of reasons. Firstly, I like doing nice things for him, and shouting him meals is a bit of a treat sometimes. And secondly, I enjoy being able to contribute and be financially responsible in a situation where women have traditionally been somewhat dependent.

When people look askance at me when I pay at the counter, it has little to no impact on me. It does, however, make my boyfriend feel pretty small. It’s emasculating to be judged for not ‘providing’ for someone, even though that idea is archaic anyway. It makes him want to prove that he, too, contributes to our household, and that I don’t always pay, and that he isn’t a ‘kept man’ – all things that are irrelevant to the encounter but that are called into question by the hesitation from the waiter.

Regardless of how awkward it might make the occasional waiter, I’m going to continue paying for meals or shelling out for groceries whenever I can – not to prove a point, but because that’s how our relationship works. It’s all about give and take.

2 thoughts on “sometimes, I pay for my boyfriend’s dinner – what’s the big deal?”