the addictive, self-deprecating cycle of “seeing someone” 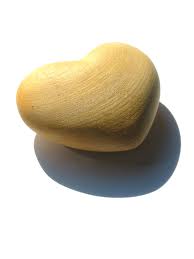 Being in your twenties is difficult and sexy. In our twenties we graduate uni, generally start full time employment, dick around Europe for two years or so ‘finding ourselves’, drink too much beer and start getting fat and then realise it’s not as easy losing weight as it was when you were 17 after VCE exams. Being in your twenties is also a time to be sexy- meet sexy people, have sexy time and  eventually make babies out of that sexy time with one of those sexy people. But the thing about being in your twenties which is causing me great conflict is casual relationships. Like a high percentage of other young people, I am stuck in a vicious, hedonistic yet undeniably masochistic cycle of always ‘seeing someone’.

Since February 2012 there hasn’t been more than two weeks when I haven’t been involved with at least one person; exclusively casual lacking in any cemented sexual exclusivity. The thing about casual relationships which has got me riled up is my inability to escape the cycle and how the whole concept has enveloped a generation of young adults to the point where it is unheard of for two people to go on several dates and then consider the other person to be your girlfriend or boyfriend. How is it that almost every male and a high majority of females aged 18-30 have been so damaged by past relationships or romantic interactions, that they can’t emotionally commit their selves to another person. It’s like an episode of Bold and the Beautiful- but without the sculpted 6 packs or jaw lines and more vanilla sex.

An individual’s attitude and likelihood of having sex outside of a relationship is measured by a ‘sociosexual orientation’ (SSO). Individuals with more restricted SSO are less willing to engage in casual sex; prefer commitment, the idea of love and emotional closeness before engaging in sexual intercourse. Whereas those who have more unrestricted SSO are less concerned with emotional closeness are more likely to engage in sex without commitment than their restricted counterparts.  I question how a whole generation (including myself) of young people are so closed to the concept of commitment and what are the underlying determinants that create and fuel these attitudes and actions.

There is no denying a point of difference in gender and your likelihood to engage in casual sex if you are male or female. In a study of ‘Perceived Proposer Personality Characteristics and Gender Differences in Acceptance of Casual Sex Offers’ (2011) Conley found that 60% of women at a median age of 21.3 were likely to reject an offer of casual sex if asked by a fellow male university classmate, compared to an overwhelming 75%of men who would accept an offer of sex from any given female if approached. Conley found the reason women rejected offers of casual sex were mainly due to perceptions of the proposers. For example female proposers were perceived to have better sexual capabilities and to be warmer and more sexually loyal than male proposers. Male proposers were perceived as more physically dangerous and more likely to have an STD than female proposers were.

Similar results revealed that women were less interested in short term relationships following Abramson and Pinkerton’s ‘Pleasure theory’ that only 35% of women orgasm in the first sexual experience with a new partner and therefore are less likely to accept an offer of casual sex or a short term relationship if real world experience tells them they are unlikely to experience ultimate physical pleasure in brief encounter. You go girl, chase that orgasm.

From a psycho-social point of view it makes sense – as a woman I have always been given precautions about rape, talking to strange men and the importance of being overly cautious. My own brother bought his a girlfriend a rape whistle when she went travelling overseas. So naturally, due to all of these factors women are likely to be wary and feel physically threatened by a strange man offering sexual intercourse. However these statistics do not explain how the culture of casual relationships has risen to popularity.

Your twenties are a time of exploration, growth and becoming your own. So it fits that a relationship could be viewed as restrictive and something that will hold you back from travelling and meeting new people. Or are casual relationships just another by product of the instantaneous generation? We have the world available to us at the click of a button and we receive information instantaneously maybe our addiction to having the newest, quickest, most exciting thing has leeched into our relationships and attitudes toward sexual and romantic partners.

I find myself stuck – I am addicted to new and exciting relationships but inevitably hate myself for thinking that I would not become emotionally involved with the other person when I always without a doubt do. So then by the end of what could be a six month casual relationship or six weeks of fun I leave feeling jaded and hurt that the other person would not feel the same way, even though they would be clear about their intentions from the start. My situation is incredibly common and happening far too often with my friends and myself than my parents or anyone older than 35 could probably fathom. So what is the solution? Do we continue to pursue relationships of this kind when the opportunity arises or do we grow old as cat ladies inevitably hoping that the attitudes toward romantic courtship and relationships will one day change?

Maybe for now, locking myself up in a room or avoiding eye contact with potential male suitors is the best technique to feeling happy and in control again.

This article was first published on Louise’s blog here.

2 thoughts on “the addictive, self-deprecating cycle of “seeing someone””