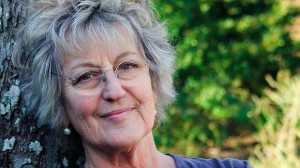 The F-Word Forum, part of the Ideas at the House series, was held at the Sydney Opera House this past Sunday and promised a robust discussion on modern global feminism, featuring world-renowned feminists, Germaine Greer and Naomi Wolf.

Greer and Wolf both had hour-long slots for the first portion of this day of feminist debate, followed by a more in-depth panel discussion. Joining feminist powerhouses Greer and Wolf for this were Eliza Griswold, an American journalist who has spent time reporting from the Middle East, and Australian freelance writer and Melbourne SlutWalk co-founder Clem Bastow. In my mind, the panel did not disappoint, however I gather the same is not to be said by the surprising number of audience members who left their seats never to return during the session.

The unpredictable dynamic between the four panel members, held together (by just a thread at times) by the great mediator that is SBS’ Insight presenter Jenny Brockie was at times uncomfortable in only the best way possible; respectful disagreement and passionate debate were key. Griswold and Wolf, for example, heatedly discussed what Middle Eastern women had expressed to them of their rejection and/or embracement of Western values (not feminism-specific but regarding ‘human rights’ as a universal concept). It was fascinating to hear the wildly disparate findings that Wolf and Griswold had discovered in their travels and research; some women holding Western ideals as something to aspire to, some believing Western thought patronised and misunderstood their particular part of the world.

Each panel member was perfectly representative of their particular stances and personalities, almost to the point of caricature. For instance, Wolf encouraging parents to “lovebomb” their children so as to prevent low self-esteem in future generations I found was a particular strain of unworkable American thought – isn’t that precisely why our current generation of youth are so over privileged? Greer was interjecting left, right and centre despite not being called on, Griswold acutely underlined her experience of women being treated worse by her American editors than by Middle Eastern communities in the warzones she has reported from, and Bastow made sure to champion the online environment as the next port of call for feminist discourse.

Passion was certainly abundant, as this panel was definitely not the place to beat about the bush, so to speak. That said, Bastow’s presence was mostly underwhelming – perhaps understandably so given her company – though she did successfully deliver some key messages intrinsic to the developing young feminist demographic who are coming together online, and whose views do not necessarily align with any particular wave as yet. The audience too (at least those people who stayed for the length of the panel) were highly engaged and emotionally involved.

Topics that were covered ranged from female genital mutilation (both in developing countries and the Western world), the widely publicised sexist, racist and homophobic attitudes of the Australian defence forces as a topical case study, and the difficulties concerning the next step for feminism in today’s world. The panel took questions from the audience, including one from the legendary Eva Cox (which was met with roaring applause) and a particularly moving one from a courageous 20 year old who was rightly puzzled as to how to strike the balance of between being a feminist and retaining traditional femininity all the while receiving mixed messages from absolutely everywhere about how to do so.

These discussions are ones that continue to overwhelmingly justify my decision to overtly identify as a feminist, and to contemptuously oppose further battering of the term. I must say that in particular I take great pleasure in being in the same boat as the wonderfully incorrigible Greer, who loudly encouraged one and all to “be more difficult”, advice which I will gladly comply with.

Each panel member, whilst vastly different from one another in terms of views, very much emphasised the need for increased solidarity as a movement despite the many kinds of feminist thinking and methods of engagement. What was clear from the discussion was that feminist discourse, whilst usually dismissed as past its prime in mainstream media, more than ever has a place, a purpose and willing participants.