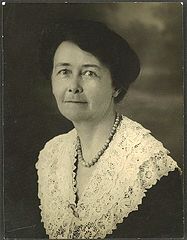 I hope you like Mexican food because we don’t have the usual sausage sizzle organized for this year’s Miles Franklin Literary Award. It is tacos for everyone!

Just a few days ago the 2013 Miles Franklin judging panel unveiled an all-female shortlist—the first in the awards 57-year history:

The Beloved by Annah Faulkner (Picador)

The Mountain by Drusilla Modjeska (Vintage)

Speaking on behalf of The Trust Company, which manages the estate of the late Miles Franklin, Simon Lewis congratulated the shortlisted authors:

‘The shortlist demonstrates how strong Australia’s pipeline of female literary talent really is, as witnessed with last year’s Miles Franklin winner, Anna Funder, as well as by the growing number of first time female authors included in the long and shortlists in recent years.’

Female authors have certainly made a strong start to this year’s literary awards season. It was only a few weeks ago that we saw Carrie Tiffany win the inaugural Stella Prize for her novel Mateship with Birds which also appears on the Miles Franklin shortlist. The Stella Prize was established in response to a perceived gender imbalance in the literary world particularly after the 2009 and 2011 Miles Franklin shortlists were sausage-fests.

While it is encouraging to see an all-female shortlist, we shouldn’t lose sight of the issues that bubble beneath the surface. Women often struggle to break into major literary awards and are generally invisible in many other sections of publishing. Miles Franklin shortlisted author Romy Ash said, ‘The under representation of women (as winners and longlisters) in literary prizes over the past half century is disconcerting.’

In 2009, after the Miles Franklin judges defended the all-male shortlist saying they didn’t catch the sizzle of sausages, writer Kerryn Goldsworthy shared her views:

‘I am supposed to be a grown-up, and because I made a promise, I’m not buying into the question of the literary stag night 2009 Miles Franklin Literary Award all-male shortlist beyond offering the odd brief neutral fact in other people’s comments threads, and observing here, because I really cannot help myself, that if what spokesjudge Morag Fraser says is true and the judges did not realise what they had done until their shortlist was already set in stone, then the gender-blindness we thought we had diagnosed and exposed by about 1985 is actually still as bad as it ever was, even at these upper levels of cultural and intellectual endeavour … the howling restraint is making my ears bleed.’

Those who deny a gender imbalance throw up the usual cries of tokenism and victimhood-craving feminism but you can’t argue with numbers. VIDA, an organization devoted to women in literary arts, has released their latest count. They have tallied the gender of reviewers and authors of major publications and revealed that there are still significantly fewer women authors reviewed than males.

But there are promising signs. Some publications are now taking it upon themselves to count their authors. Amy King from VIDA writes that many editors and reviewers are making an effort to address the glaring disparities: ‘They are beginning to showcase a wider swath of the writing field and the deserving writers within.’

Meanwhile, everything’s coming up roses for the writers on the Miles Franklin shortlist. Each writer will be award $5,000 in prize money and the winner will take home $60,000 (an increase from the usual $50,000 prize).

The winner will be announced on the 19 June.

One thought on “the miles franklin taco-fest, part two”