the very real consequences of living on stolen land 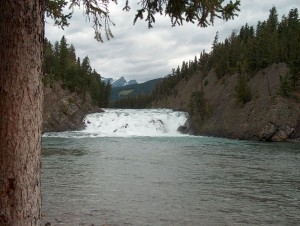 For a while, her name and picture were everywhere. In Nova Scotia, literally, on papers covering the province. Loretta Saunders, a 26-year-old criminology student disappeared on 13 February. She was writing her Masters thesis on the hundreds of missing and murdered Aboriginal women in Canada. Saunders, originally from Labrador and studying at Saint Mary’s University in Halifax, became one of them. Her body was found on a highway in New Brunswick almost two week later.

‘She was a young university student. … But she is at risk, she is vulnerable, every aboriginal girl in this country is vulnerable,’ a spokesperson for the family told The Globe and Mail.

The story was on or near the front pages in every major Canadian daily; the horrifying statistics were repeated as activists mourned the loss of another young Aboriginal woman in the country, organizing vigils across the country on 5 March, including one in Ottawa. Two people have been charged with first-degree murder and Saunders’s name has all but disappeared; along with it, the media concern. On the one hand, that’s to be expected. Reporters have moved onto developments in Crimea, the search for flight MH370 and discussion of Quebec sovereignty. On the other hand, this crisis, while not breaking news, becomes greater every time it’s pushed aside until there is a new name and a new victim.

Saunders’ disappearance and death received more media attention than most, not just because of the subject of her thesis but because unlike many of the other women who have met the same end, Saunders had advocates and she was an honours student living in a big city. Unfortunately, many of the women Saunders hoped to help were further marginalised as sex workers, addicts, homeless or incarcerated.

‘Missing and murdered’ is how Canadians have come to know them – all of the women who have vanished, whose families have grieved and reached out to journalists and demanded more action from the federal government. If Prime Minister Stephen Harper has anything to say about it, they’ll be waiting a while longer. To date, the Prime Minister has opposed the idea.

‘I remain very skeptical of commissions of inquiry generally. My experience has been they almost always run way over time, way over budget, and often the recommendations prove to be of limited utility,’ he said last spring.

According to Statistics Canada, in almost every measurable facet of life, it is worse to be an Aboriginal woman than a non-Aboriginal woman. Aboriginal women are less likely to receive a post-secondary education; they have an average income approximately $5,000 lower than their non-Aboriginal counterparts and much higher rates of unemployment; their life expectancy is about five years lower than that of the rest of the population; they are more likely to be victims of homicide, spousal abuse and sexual assault and, though the Aboriginal population (a diverse community comprising of First Nation, Metis and Inuit people) makes up roughly 4% of everyone in Canada, they are overrepresented in our federal prisons.

The prime minister’s ‘skepticism’ over the value of an inquiry like this is dismissive, especially in the absence of an alternative. Though he has met with community leaders and activists, and expressed concern over the living conditions in First Nations like Attawapiskat, there has been more condemnation over the imperialism and human rights abuses of countries like Russia and North Korea in the last few months than there has been of those on home soil. An inquiry might not change lives over night, but what governments choose (and choose not) to do speaks to their values.

This indifference – institutional, political, and societal – allowed Robert Pickton to get away with murdering dozens of women (many of them Aboriginal) on his farm in British Columbia as long as he did. Though the DNA of 33 women was eventually found on his property, he was convicted on only six of the 26 charges against him. ‘Why is it?’ asked my psychology of gender professor three summers ago, ‘That Karla Homolka and Paul Bernardo are considered the worst murderers in Canadian history, and Robert Pickton isn’t?’

It’s a rhetorical question that creeps into my mind whenever a story about gender equality and progress for women excludes the experience of Aboriginal women – whether it’s about sexual violence, education or poverty. Consider the initial shock last year when Canada’s infant mortality rate was found to be the second worst in the developed world. Researchers rushed to criticise the results as ‘unfair’, noting that differences in the way data was collected in each country skewed the results against both Canada and the United States. What should have been of far greater concern than rankings was the fact that in the most remote areas of the country, where many Aboriginal women live and raise their children, infant mortality is highest and access to adequate health care lacking.

While activists have been vocal about improving the professional and social lives of women in both countries, often these efforts – unless explicitly stated otherwise – do not include those at the fringes of society. It’s not unique to Canada. In Australia, the treatment of Indigenous women similarly undermines the reputation of a tolerant, developed nation. Last year, Perth News reported Aboriginal women are 80 times more likely to be hospitalised for assault or injury, usually at the hands of a spouse or partner. An entire generation, The Stolen Generation, has fought the government to recognise the trauma they suffered and continue to live with as a result of systemic racism.

All of this becomes more relevant considering 10 March was Commonwealth Day in Australia, Canada and the U.K. It’s as much a reminder of our ties as it is our dark and violent history. That a substantial portion of our populations are a mere afterthought in our political and social organisations is a legacy of colonialism, and every day the Indigenous community must lobby their fellow citizens for equal consideration reinforces that it is an enduring one.