a brief history of women and alcohol 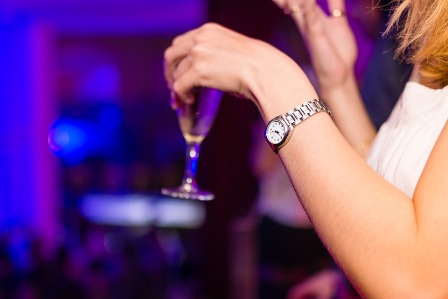 Despite societal pressure to break down traditional gender roles, there’s a large chunk of the population that still disapproves of women drinking anything more than a moderate amount of alcohol. Of course, this is a ridiculous double standard, as men are free to drink to their hearts’ content – without fear of judgement. Regardless of ludicrous social constraints, women have always found a way to get their hands on alcohol.

Let’s take a look at the interesting journey of ladies and their liquor through the 19th, 20th, and 21st centuries. In the 19th century, heavy drinking by women was not socially acceptable: a woman who appeared drunk in public was considered to be immoral – or a prostitute. Many women kept small bottles of liquor with their kitchen supplies, perfect for a quick swig when the urge arose. Others relied heavily on patent medicines.

Patent medicines were medications whose ingredients had been granted government protection for exclusivity. Most contained a significant level of alcohol – usually in the 20% range – as well as herbal extracts, opium, morphine, or cocaine. These medicines had the potential to be deadly as there was no regulation on their ingredients.

Patent medicines were purportedly able to cure just about every condition imaginable. They were sold publicly and claimed to cure or prevent cancer, cholera, colic, dyspepsia, epilepsy, “female complaints”, necrosis, paralysis, scarlet fever, tuberculosis, venereal diseases, and many other maladies.

Physicians and medical societies were extremely critical of patent medicines, arguing that the remedies not only failed to cure illnesses, they also discouraged the sick from seeking genuine treatments. Patent medicines also had the nasty habit of causing drug and alcohol dependency.

By the end of the 19th century, Americans began rallying for laws to require manufacturers of patent medicines to list ingredients and use truthful language in their advertising. In 1906, congress passed the Pure Food and Drug Act, making it possible to take action against unlabeled or unsafe ingredients and deceitful advertising.

However, there was an even bigger change for alcohol on the horizon. 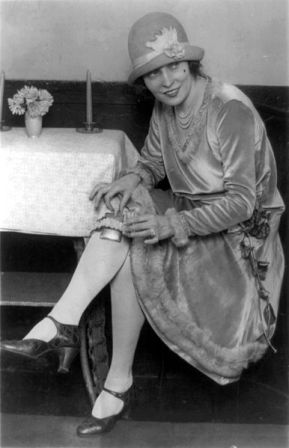 On 17 January 1920, the 18th Amendment went into effect, banning the manufacture, storage, sale, possession, and consumption of alcoholic beverages in the United States. The great social experiment was doomed to be a failure – it’s only real success was in giving rise to organised crime.

The American populace continued to drink and unlike the saloons that preceded them, speakeasies were co-ed. Public drinking had lost much of its ultra-masculine association, culminating in an increased social acceptance of women drinking in a semi-public environment. Alcohol marketers took notice, and began to target advertisements toward their newest demographic.

The repeal of prohibition failed to quell this new attitude. Not only were women allowed to vote, they were free to drink alcohol as they pleased, in both public and private. Despite all the strides we’ve made, there’s a hell of a long way to go. Women are still being told to avoid getting drunk, as doing so puts them at risk of sexual assault. This ridiculous “advice” is yet another example of the kind of victim-blaming that feeds into rape culture.

When women are warned to avoid drinking, it places the burden of not being sexually assaulted squarely on the victim’s shoulders. It’s this type of conditioning that often leads survivors to blame themselves for their assault.

A study from the National Institute on Alcohol Abuse and Alcoholism put it succinctly,

‘Although alcohol consumption and sexual assault frequently co-occur, this phenomenon does not prove that alcohol use causes sexual assault.’

Alcohol is not the reason rape happens; it’s simply one of many tools at a rapist’s’ disposal. It’s time to stop blaming victims and start tearing apart the culture that protects their attackers.

What the Future Holds

It’s hard to tell what the future relationship between women and alcohol will look like. As it stands now, alcohol consumption is on the rise among middle class women in the U.S. The American Journal of Public Health found that between 2002 and 2012, the rate of binge drinking among women increased more than seven times that of men.

While educated women in high-pressure jobs are more likely to drink, it’s hard to nail down why. Theories range from trying to keep pace with office drinking culture to having more disposable income to throw away on craft beers and expensive cocktails.

Women with anxiety and other mental illnesses will often self-medicate with alcohol. Unfortunately, those who do are at a greater risk of developing alcohol dependence. When relationships, work, and friendships suffer, it’s a sign that alcohol use is becoming alcohol abuse.

Whatever happens in the course of time, just remember that you have the freedom to drink when and whatever you please; your body is yours to do with what you wish. But if you ever find yourself in need of help, just reach out. We’re all in this together.

Liz Greene is a makeup enthusiast, rabid feminist and anxiety-ridden realist from the beautiful city of trees, Boise, Idaho. You can follow her latest misadventures on her blog, Instant Lo.