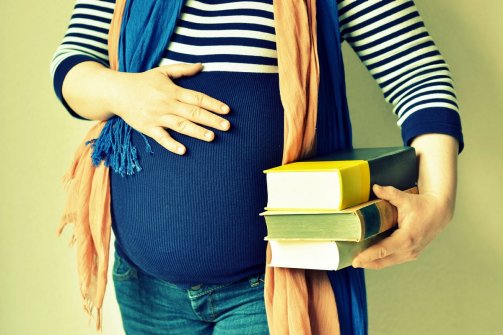 Delhi Charter School, an American high school in Louisiana, could be facing a lawsuit after claims students had been forced into homeschooling when the administration found out they were pregnant. The action was part of the school’s behaviour policy, and is laid out in their student guidebook.

Under Delhi Chart School’s policy, any student who seems as though they might be pregnant (which is as disturbing as it is vague) must take a pregnancy test. If they refuse, or the test is positive, they are “asked” to study at home. The policy has been in effect for at least six years.

A complaint was filed when someone (who still remains unidentified) came forward.

After the storm of media attention, and a threat from the American Civil Liberties Union state’s chapter, the school has agreed to change it’s policy, apparently unaware that it was not only morally wrong, but also unconstitutional.

However, the school’s chairman, Albert Christman, has defended the policy saying it only affected a ‘handful’ of students and only for a short time.

‘Many of them came back to school and finished their schooling,’ said Christman.

Still, the policy is now under investigation at state level, and has set off debate across the United States. The rule violates Title XI of the 1972 federal education law, which ensures equal opportunities for all sexes.

Besides being appalling and invasive, the punitive nature of the policy sends a clear message to its female (and male) students.

Under this rule, girls who are pregnant are an embarrassment to the school, bad influences, and do not belong among their peers.

As for boys, there are no repercussions. The school appears not to care at all about involving the fathers, as the guidelines are not clear on the procedure as it pertains to male students. Are the mothers asked at all about the fathers? If so, what are the consequences for these boys? If these young mothers are expected to stay home so as not to give the other girls any ideas, it only seems logical that the boys should have to be homeschooled as well. Clearly, they’re having sex as well which seems to be the inappropriate behaviour Delhi Charter School wants to prevent.

Not so, according to the school. Getting pregnant is the offense, not impregnating someone, perpetuating the belief that pregnancy and impending parenthood is the woman’s “fault” and primary responsibility.

A counsellor at Jessies’s Centre/June Callwood Centre for Young Women in Toronto, Canada, who asked not to be identified, said the existence of this policy isn’t so hard to believe.

Jessie’s Centre is one of few programs in North America and Canada of it’s kind. The pro-choice organisation was established in 1982, and is named for noted feminist, activist, and journalist June Callwood. The centre offers services for young women and their families facing motherhood, including meal programs, housing, prenatal programs, and an on-site high school.

Many of the young women they see have experienced the same rejection and alienation from the schools they attended, particularly from Catholic schools. The Catholic School Board in Toronto has been incredibly vocal about its stance sexually active students, opposing everything from the HPV vaccine to gay-straight alliances.

The National Women’s Law Centre in Washington published a report in June criticising schools for failing to abide by Title IX especially in regards to pregnant students.

‘Despite enormous advances for women and girls in education since 1972, schools across the country continue to bar pregnant and parenting students from activities, kick them out of school, pressure them to attend alternative programs, and penalise them for pregnancy-related absences,’ the report states.

While it’s fair for any high school to want to prevent teens from getting pregnant (or, in theory, from getting someone pregnant), the approach of Delhi Charter School is an extreme example of what many schools are doing wrong when it comes to sex and teen parenthood – that is, pretending it doesn’t exist.

Teenagers will think about having sex. Some of them will decide to do it. And some of those students will get pregnant. Kicking them out of school, it should go without saying, is not a solution.

Delhi Charter School’s policy was enacted in the interest of the school and it’s reputation, not the students. The school is one of the best in the state.

But, says Jessie’s Centre, schools have a responsibility to their students beyond college preparation.

The “suggestion” of homeschooling cuts students off from possible avenues of support – support they may not be getting from their parents or their communities outside of their school. Teachers and guidance counsellors can be positive adult figures in the face of a major life challenge which is what pregnancy is, the centre stresses. The June Callwood Centre is listed on the Toronto District School Board’s website of resources for students, and some of the young women who use it have been referred there by guidance counsellors.

Beyond providing links to resources, schools should make those services available to students whether that means easy access to childcare on campus or nearby, or allowing a flexible schedule for teen parents.

But it starts with presenting a supportive and open space, rather than an environment of judgement and suspicion.