australian asylum seeker policies ‘an appeal to fear and racism’ 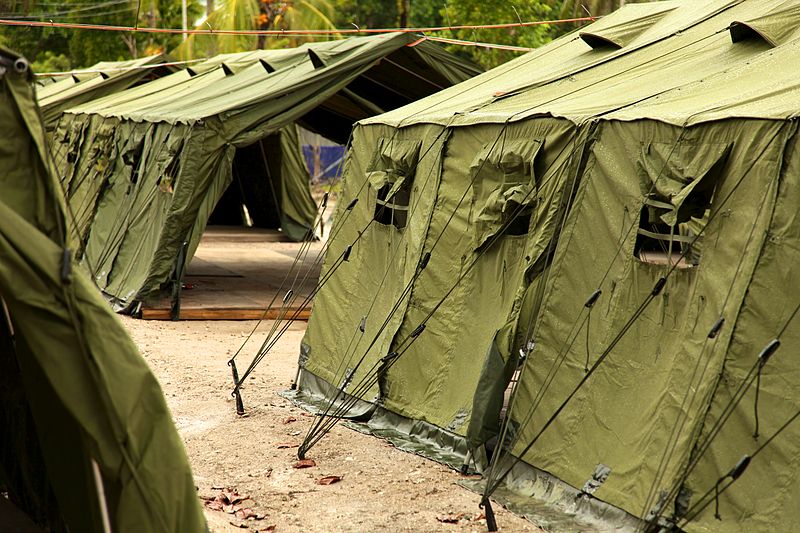 Another day, another story about asylum seekers that are not receiving humane treatment in Australian offshore detention centres. If you haven’t already heard the latest – here’s a round up:

On Monday, 17th February, a riot broke out on Papua New Guinea’s Manus Island detention centre, which has resulted in 62 injured asylum seekers and 1 one dead – a ‘23-year-old named Reza Barati, who arrived on Christmas Island last July.’

The riot, which has been labeled as occurring due to ‘apparently a combination of poor crowd control, inadequate fencing and furious asylum seekers, who have been unable to get answers on what their future holds’ started on the Sunday night before. There have been ‘conflicting reports over what happened’ including one report by interpreter Ms. Bokan who told Fairfax Media that ‘there was blood everywhere’ and that the riot did not involve Papua New Guinea locals but was between detention centre police and asylum seekers.

Prime Minister Tony Abbott spoke out about the conflicting claims, stating that ‘we will ensure these camps are run fairly, if necessary firmly, but they will be fair’ and assuring the media that ‘his government would not be intimidated into backing away from its strong border protection stance’ even though it’s fairly clear that the riot broke out because asylum seekers ‘were apparently told … that they would never settle anywhere, including PNG (Papua New Guinea) and were to be sent home.’

No matter who points the finger where, it’s evident that asylum seekers had reason to be upset and start tearing down fences in their respective detention centres. If someone were to tell you that you had no hope for the future – what would you do?

Unfortunately, however, the recent history of treatment of asylum seekers in Australia has been much the same, and doesn’t seem to be getting better since the Rudd government’s July 2013 policy was initiated in which ‘anyone who arrived in Australia by boat without a visa would not be eligible for asylum.’ This has caused numerous detention centres to pop up on various Pacific Islands, which are now overflowing with asylum seekers looking to get to Australia.

‘There has not now been a successful people smuggling venture to Australia for 64 days’ stated Immigration Minister Scott Morrison. The policy does not look to be budging, especially since Tony Abbott endorsed Rudd’s policy, praising ‘the substance of plan.’

Australia has received a lot of flack from human rights groups about its asylum seekers policies. Graeme McGregor of Amnesty International Australia said that when the new policy was enforced it marked ‘the day in history as the day Australia decided to turn its back on the world’s most vulnerable people, closed the door and threw away the key.’ And it is true that ‘Australia is the only country in the world to mandate the strict enforcement of the detention of asylum-seekers’ even though we are a country that ‘recognizes the right of asylum.’

However, the problems may not entirely lie in the hands of our policy makers. The fact remains true that ‘broader efforts to change Australians’ hearts and minds about the treatment of asylum seekers haven’t succeeded. We’ll lock up asylum seekers in offshore detention centres, we’ll stand idly by as they slowly go crazy or harm themselves, we’ll refuse journalists the right to speak to them or to name them, we’ll redefine our borders to not let them in.’

‘We are obliged to offer these people refuge’ yet for 15 years Australia has denied so many people a home. It lies partly in what the government and press are doing day in and day out to complicate stories and facts about asylum seekers and to demonise them, but it also lies in the fact that Australia as a country hasn’t ‘had the discussion about challenging racism’ just yet. We are ‘not untouched by the shame and fear that is [Australia’s] dominant response to asylum seekers.’

Do you think this is true? How do you feel about asylum seekers and the current policies? And what can be done to change the hearts and minds of Australians about these issues?
Share your views in the comments!