do it in a dress: educating girls in sierra leone 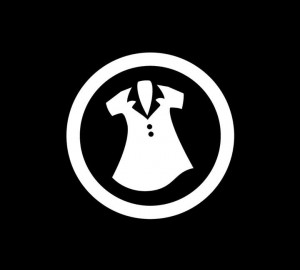 I grew up in a tiny Far North Coast town called Alstonville, nestled back from the beach in the dark, lush greenness of macadamia country. When I was a teenager, I didn’t want country living. I wanted to be like the cool girls in school, and learn how to surf, and get my belly button pierced. That’s where my obsession with Anthea Paul’s Girlosophy books started. I’d open the Life Survival Kit to any page, and find beautiful photographs of beautiful women, frolicking in bikinis and Tree of Life saris, with bindis on their foreheads and tattooed crucifixes wrapped around their ankles. That was what I wanted to be: Paul’s vision of the modern day everygirl, spitting on convention and coherent symbolic referencing, dancing in sea spray because that was my goddess given right, goddammit.

One day, my Mum brought me home a Girlosophy book that wasn’t a tween advice manual, but an anthology of mini-biographies of girls from around the world. Most followed a simple format: the young women were students or recent graduates, who liked hanging out with friends and going to the movies, and had big aspirations for future success. One picture was different, though. Strikingly different. Two Sri Lankan girls stood in front of a wall graffitied with brightly coloured Tamil Tiger imagery, their faces stiff, their round eyes blank. Paul admitted she couldn’t communicate with them: she didn’t have a translator, and they were too shy to make inroads with a foreign photographer. So she positioned them within their colourful world, took her pictures, and left.

Within the context of Girlosophy, these young women were a brightly coloured symbol of exotic difference. The problem was there was no attempt to explain this difference. Girlosophy hinged on an idea that sold in the twentieth century Western world: women are formidable, women are strong, women can achieve whatever they want. This kind of rhetoric couldn’t accommodate the violence and vulnerability inherent to being a Tamil woman in Sri Lanka’s civil war. Anthea Paul didn’t tell the story behind these two girls, because she couldn’t. She denied them a voice, because their voices wouldn’t sell.

I’ve thought about those girls a lot in the last few months. My housemate, Stefania, is doing PR work for One Girl, an Australian charity organisation that raises money to send girls to school in Sierra Leone. She’ll come home, settle down amongst the backdoor potplants, light a cigarette, and start telling stories about how the poverty-stricken, war-wrecked African nation is a terrifying place to be female.

Sierra Leone’s ten-year civil war resulted in a terrifying increase in violence against women, and the hangover from the conflict continues today. In 2012, police investigated over 4000 cases of domestic violence; only 800 people were charged. This conviction rate, though shocking, is in itself remarkable when you take into account a 2008 survey that showed sixty-three percent of Sierra Leonese women agreeing with the statement that it is acceptable for a husband to beat his wife. When a woman reports violence to a close friend or family member, she is often encouraged to change her own behaviour so as not to give men a reason to abuse her. Apparently, men have infinite reasons: a woman in Sierra Leone is more likely to be raped than educated.

There have been internal efforts to reduce the violence: as of 2013, Sierra Leone has a five-year-old law criminalising domestic violence, and more than 40 police units dedicated to resolving family cases. International efforts also remain strong. Significantly, The International Rescue Committee recently organised a series of billboards to loom over the Freetown skyline. In one, a man about to club a battered woman is restrained by another man, as words over their heads proclaim ‘If you won’t help her, who will?’ By pointing to the growing recognition in Sierra Leone for the need for men to take responsibility for the abuse of women, this billboard reflects the movement towards a real change in male attitude towards women’s rights. But what of Sierra Leonese women? How can they address their own marginalised position, their own physical vulnerability, and their own fear?

For One Girl, the answer to this question lies in education. One Girl operates on the principle that every girl has the right to schooling, ‘no matter where she is born, how much her family earns, what religion she adheres to, or what her culture says.’ The idea is that by receiving an education, women are given the capacity to be instigators of change within their communities. Happily, the NGO has the figures to back themselves up: according to their statistics, a girl’s income will increase by 10% for every year she stays in school; for every dollar she earns, she’ll invest 90% back into her family; and an educated girl will marry later and have a smaller, healthier family.

There’s always a risk, often well-founded, that Western NGOs operating in developing countries will be viewed as overbearingly paternalistic. I like Stef’s take on the issue: moral relativism isn’t necessarily applicable when ground level abuse is so aggressively present.

‘Differences should always be embraced – but not when they equal inequality. And you and I are not the ones to define the meaning of inequality for the women of Sierra Leone. One Girl is about working to help provide women in Sierra Leone with a platform to vocalise the inequality they deal with daily. It’s also about people who happened to be born with more opportunity taking the time to help provide the resources and education for disempowered women so they can make choices, and help themselves.’

One Girl engages in community fundraising through its Do It In A Dress Campaign, where participants are encouraged to garner donations by inventing radical activities and conducting them in that most flattering of garments, the school dress. For me, an over-educated white girl from small town suburbia, the school dress has always been a dual symbol of privilege and stifling hegemonic heteronormativity. Yet, in the context of One Girl’s mission, what can be read as a commonplace (though heavily loaded) gendered symbol of Australian privilege is reappropriated and re-performed, becoming an acknowledgement of vulnerability, a pledge for action, and a commitment towards future empowerment.

Sierra Leone is a world I will never understand. I’ve never been exposed to war. My father has never hit my mother. In my family, education was prized above all else: I’m a PhD student, and incredibly proud of being able to say that. I don’t believe that sharing genitalia provides you with a direct line into someone’s mind, but that’s not to say I don’t believe in universal sisterhood. And why should sisterhood only encompass women? Men and women zipping themselves into plaid skirts for Do It In A Dress events, or strapping their chests into corsets for Slut Walks – it’s all a sign of solidarity. A recognition of difference, a commitment a faltering comprehension, and, most importantly, a symbol of the struggle towards a truer empathy.

I may not understand, but I refuse not to care.

Our Do It In A Dress event, Renegade Ride for Charity, is taking place on SUNDAY 22ND SEPTEMBER in Sydney. It’s a cheeky bike ride designed for the most badarse of philanthropic cyclists. Or, you know, your nanna. I’m doing it on a flower-bedecked lady cruiser. Just get involved.

The link to the event page is here.

All participants are welcome and, of course, any and all donations are appreciated.